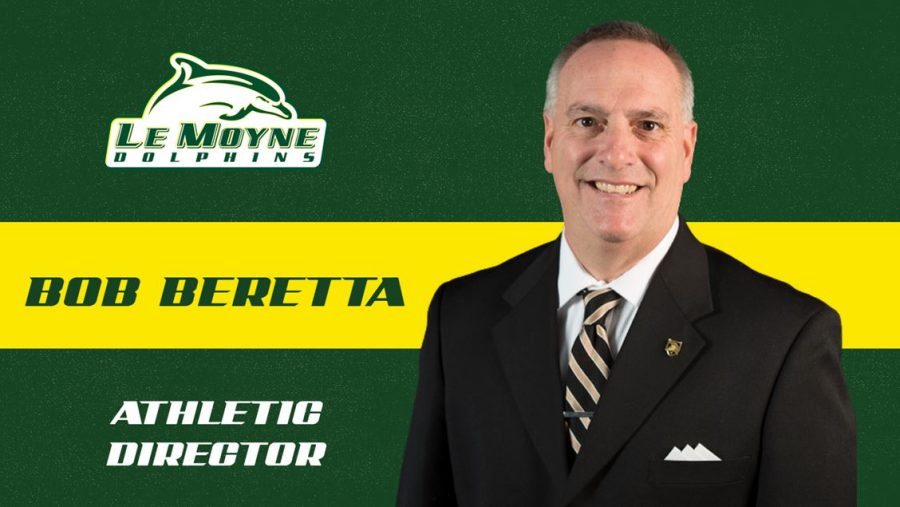 The Le Moyne Athletic Department has chosen a new Athletic Director, Robert Beretta, who is set to start on May 1.

Beretta was originally the Athletic Director for United States Military Academy West Point, a college almost four hours away from Le Moyne. He saw that Le Moyne was searching for a new AD, and applied with no real knowledge of the school.

After applying, Beretta decided to tour the campus—which he thought would take less than 30 minutes—and ended up spending the whole day on campus. Beretta fell in love with Le Moyne, and spent the day walking through the buildings and talking to any student he bumped into.

Beretta particularly noticed that the five touchstones of Le Moyne: Cura Personalis, Magis, Finding God in All Things, Social Justice, and Men and Women for Others, were not just words on a website, they are goals intertwined with Le Moyne and prevalent in every student.

He plans to add to Le Moyne’s sense of community by making it a point to go to every sport’s events, whether it’s at home or on the road. He also plans on knowing every athlete’s name by the time fall comes. Beretta wants to be a part of Le Moyne and make his office welcoming.

Beretta doesn’t plan on making any concrete changes to the department until he understands more about Le Moyne. His first 90 days here are to learn Le Moyne. He plans on talking to everyone he can, and learning what the next best steps are for the Athletic Department.