Other NE-10 teams jump to Division I, but Le Moyne stays put 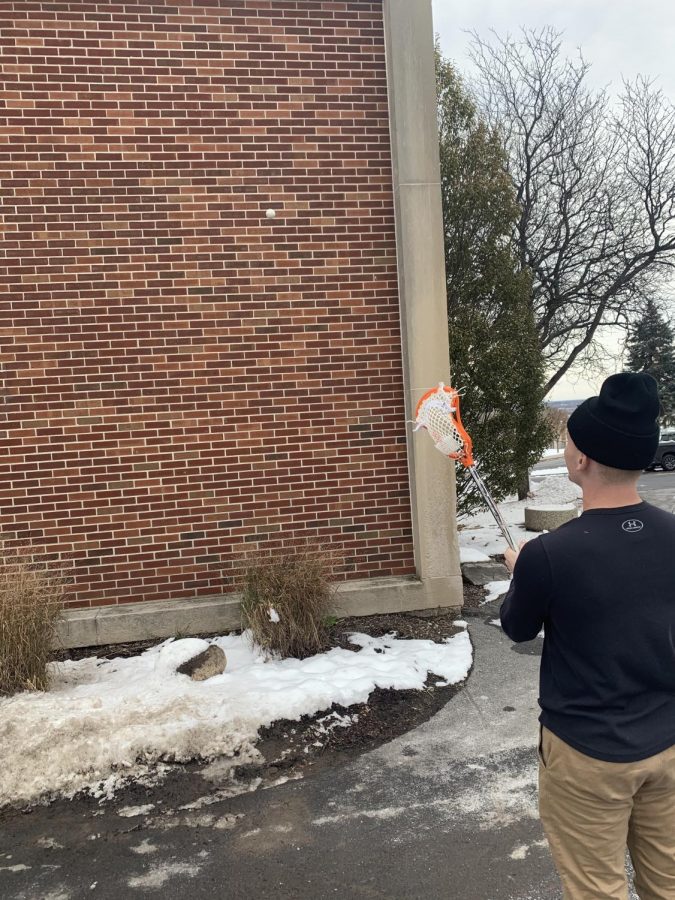 Following the 2019 season, both Merrimack College and LIU, two national championship contenders in men’s lacrosse, moved from NCAA Division II to Division I.

“Obviously it kind of takes away from the competition of Division II lacrosse as a whole,” says Owen Rodgers, a sophomore defenseman for Le Moyne College. “The NE10 is still a strong conference even without Merrimack. There’s still Adelphi and us, we can’t take it lightly. We’re trying to win a national championship no matter who we play against.”

Merrimack will jump to Division I with two Division II national championships under their belt. LIU will do so with three. While playing in Division II, Le Moyne has captured five.

“Le Moyne College has been looking at where the right place is for us in college athletics,” says men’s lacrosse head coach Dan Sheehan. “After nearly a two-year long process, the college’s administration decided that Division II is the right place for us.”

According to Craig Lane, Assistant Athletics Director for Sports Information at Le Moyne has contemplated which NCAA Division classification it should fall under.

“Over the last 12 years there has been two different studies of what divisional classification is right for Le Moyne,” says Lane. “Both times it’s turned out that Division II is where the college should be positioned.”

Lane explains that during these studies, the college will hire a consultant who specializes in studying college sports. That consultant will then help to determine where the college should look to compete based upon their findings.

With fall ball in full swing and the men’s lacrosse already having begun preseason training, Sheehan has become focused on making sure that his players are ready to compete at a high level come the spring.

“Where we’re at right now, it’s all about attention to details,” says Sheehan. “I think we’re good enough right now to be considered relevant in this [championship] conversation. Unless we find a way to do the little things consistently, then we’re going to find ourselves buying tickets to [the national championship].”