Super Bowl LII: More of the Same, or a Brief Escape from Monotony? 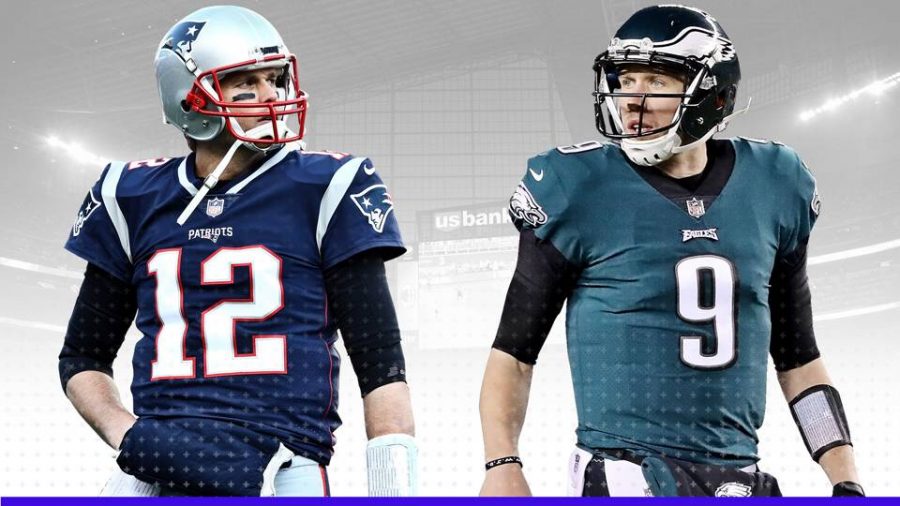 It’s that time of year again, folks, when the sporting event of the year dominates television, radio, and the Internet for two solid weeks of coverage, all culminating in 3 and a half hours of football.  The game of games is accompanied by commercials ranging from the absurd to the preachy, a halftime show Twitter will discuss ad nauseam for the next 36 hours, all capped off with more sports coverage. Yes, it’s the Super Bowl, and in case you didn’t know, it’s this Sunday. Whether you’re in it for football, food, friendship, or something else, it’s bound to dominate your evening plans on the night of February 4th. So allow me to dive in and add my voice to the truly wall-to-wall coverage of this monstrous media spectacle doubling as a sports game.

In one corner, we have the New England Patriots, no stranger to the spotlight of the Super Bowl. They are led by undoubtedly one of the greatest quarterbacks in NFL history, Tom Brady, who is seeking his sixth Super Bowl ring. In fact, since Brady was named starter in 2001, the Patriots have been to seven Super Bowls in total. No other team has had that sort of domination and success in the same span of time; not even close. To say that it’s become an expectation to find them playing on the last Sunday of the season in recent years is an understatement; and it’s no surprise to see them on the brink once again.

The Patriots have come to represent consistency and high expectations, even more apparent when one considers they could be the first team to win back-to-back Super Bowls since… you guessed it, the Patriots in 2004 and 2005.

So who dares to attempt to break this cycle of dominance and repetition? That would be the Philadelphia Eagles, coincidentally the same team the Patriots beat to become last back-to-back champs. This is the Eagles’ third Super Bowl appearance in franchise history, with neither of their previous attempts being successful. It’s clear Philadelphia has plenty of past precedence to fight against: the Patriots’ history of success, their own past failures in these big moments, including a tough loss to the same Patriots team on this very stage. But, the question remains will we see the same consistency and success from New England, or an upset victory from the newly re-energized Eagles?

Personally, I feel this will be a close and exciting contest. New England’s offense led by Brady, Brandin Cooks, and Rob Gronkowski needs no introduction, but the Eagles boast a strong defense that certainly can’t stop, but will slow down the Patriots’ offensive machine. What will be pivotal in deciding the outcome is Philadelphia’s offensive performance. They have a good running attack split between longtime veteran (and former Patriot) LeGarrette Blount, rookie Corey Clement, and midseason acquisition Jay Ajayi, but where they will succeed or fail is on the arm of backup quarterback Nick Foles. Carson Wentz’s performance this season is all but irreplaceable, but Foles has shown in recent weeks he’s got the ability to lead this offense effectively. If he can keep his team in the game Sunday, expect a thriller that could come down to the last drive.

In the end though, I can’t help but go with the tried and true winners here. Brady has shown time and time again his ability to come up big in clutch moments, and this game should be no exception. Only time will tell, however, if the Eagles can beat the cycle of monotony and dethrone the team many call “the Evil Empire.”