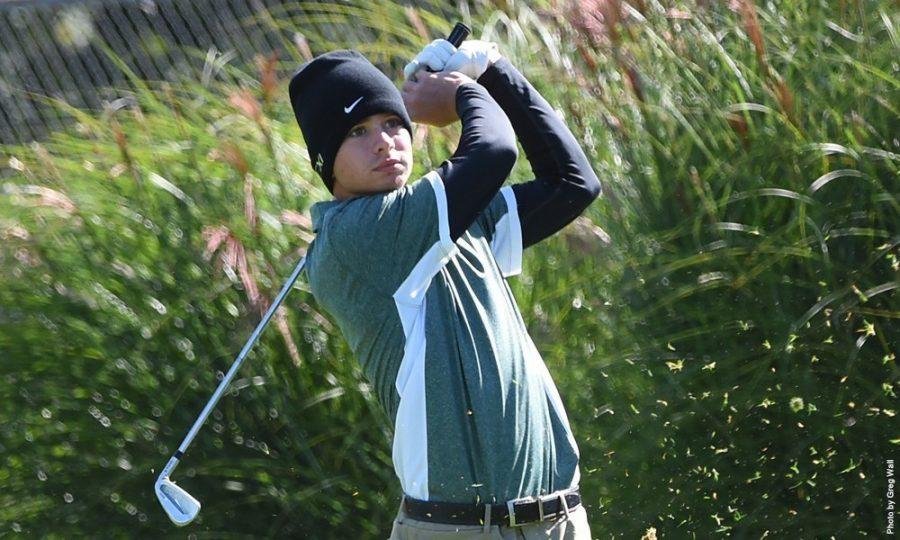 Coming off a Northeast-10 Conference title, the men’s golf team returned to the links on Oct. 7 to build on what has been an excellent season so far. The Dolphins competed at the St. Rose Fall Shootout, where senior John Clare led the way with a 3-over par 74 on the first day of play and a 75 on the second day. Clare finished in a tie for first place with Franklin Pierce’s Sam Myers at the end of the day. Freshman Jonathan Petrin finished third with a score of 8-over par for the weekend. He was followed by juniors Daniel Thomas and Joe Petrin, who both posted a score of 157, which was good for a 20th place finish. The Dolphins proved to be the victors at St. Rose after a hard fought battle with Dominican College, who tied the ‘Phins after the first day of competition with a score of 308. The second day of competition left Le Moyne alone at the top of the leaderboard finishing with a 36-hole score of 609. Following the victory, the Dolphins prepared for the Post Eagles Invitational in Watertown, Ct.

Fresh off their win at St. Rose, the golfin’ dolphins were ready to try and keep playing their “A” game on Oct. 10 and 11. The Dolphins found themselves in third place with a score of 299 at the end of the first round. Le Moyne moved up a spot in the second day of the event, finishing in a tie for third with Southern New Hampshire and St. Thomas Aquinas, with an overall score of 594. Individually, Clare finished three strokes out of the lead, finishing the weekend with a 2-over par score of 144. Petrin tied for 9th overall with a score of 149, and older brother Joe Petrin finished with a score of 150, good for 15th place. Junior Jake Eno finished one stroke behind Petrin (Joe) with a score of 151, placing 17th. At the conclusion of the invitational, the Dolphins found themselves two strokes behind eventual winner Wilmington University, who are currently ranked 8th in the nation for NCAA Division II.

Even though they have had an extremely successful season so far, the Dolphins still have some goals they would like to accomplish during this last stretch of the season before the snow hits.