Giving When You Can 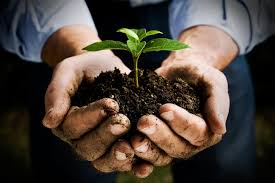 Positivity and kindness can go a long way.

Over the years I’ve come to realize it’s not hard to give to those in need. The problem society faces is that many think it’s hard to be kind to the people around them or do something for them, as if it requires going out of their way.

Throughout high school, and even now as I move through college, my eyes have been opened  by the experiences I’ve had and continue to have. Life isn’t easy, but I’m very conscious about the fact that there are so many people who have it a lot worse than me.

Being at Le Moyne, more specifically in Syracuse, has been such a great experience for me and I expect nothing less for the rest of my years here. Being a part of the Syracuse community has helped me put myself out there and become familiar with the city, in ways I never foresaw. When people think of Syracuse they usually think of SU Basketball, the State Fair, Syracuse Crunch, Destiny U.S.A. or Dinosaur Bar-B-Que. What they don’t think of is Syracuse’s high poverty rate. In September, Syracuse was ranked the 29th poorest city in America, according to the U.S. Census Bureau, with one in two children living in poverty.

Over 800 people in Syracuse starve each day. Did you know that?

This year something came over me. I realized I had to do something, that we are each responsible for taking care of someone who is less fortunate than us. There is always something to be done and anything we do, even the littlest thing, helps a person. I started buying Auntie Anne’s pretzels or Dunkin Donuts bagels with cream cheese before leaving Destiny and handing them out to some of the homeless people on the road when leaving the mall. This is just one small thing that makes a huge difference and no one told me I had to do this. Taking the first step is up to you, and maybe if you realize the power you have to help a large number of people in the community, making that step will be easy.