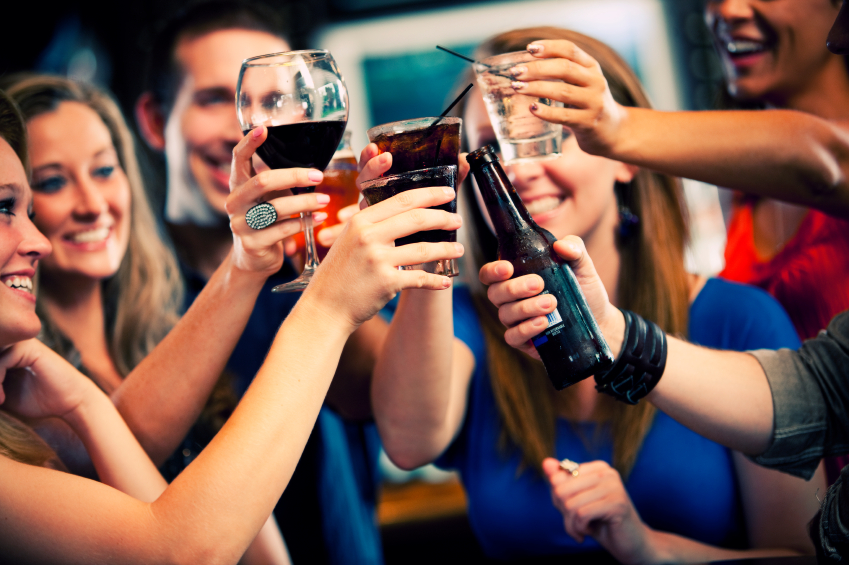 Is there ever a good reason to drink? I know, this sounds a bit extreme, but think about it. What happens in our lives where drinking is necessary?

Yes, there are wonderful occasions such as weddings and major celebrations where drinking is a part of the festivities, but the only reason to drink is because “it feels good.” This is a college campus, and no matter how much we want to say it’s a “dry” campus, there is still alcohol. Here’s some friendly insight and a bit of wisdom so you’ll be a little smarter the next time you drink:

Don’t drink if you’re underage. It’s not worth the risk you’re taking and the potential consequences that you will face.
Know your limits. Some people may say that you’re a “lightweight” or a “cheap drunk,” so know how much is too much. Keep in mind, “one drink” is 12 oz. of beer or malt liquor, 5 oz of wine, or 1.25 oz. of 80 proof liquor—less if it’s a higher proof! And if you have “one drink” but you put three shots in it, it’s actually three drinks.
Set a limit for yourself. Sixty percent of college students have consumed alcohol in the past month, almost 2/3 of them have participated in binge drinking. If you choose to drink, set a specific limit for how much alcohol you plan to consume.
Know the legal limit. Legal intoxication is a blood alcohol concentration of 0.08 g/dL, which typically occurs after four drinks for women and five drinks for men within a two-hour time period. The Blood Alcohol Content will still continue to rise even after a person has passed out.
Know the effects. Drinking alcohol has many effects on your social life, mental health, and academics.
Never drink and drive. This needs no further explanation. Just have a designated driver.
Be concerned regarding potential alcohol poisoning. Alcohol depresses nerves that control involuntary actions such as breathing and the gag reflex (which prevents choking). A fatal dose of alcohol will eventually stop these functions. Also know the signs and symptoms: mental confusion, stupor, coma, or if the person cannot be roused, vomiting, seizures, slow breathing (fewer than eight breaths per minute), irregular breathing (10 seconds or more between breaths), hypothermia (low body temperature), bluish skin color, and paleness.

The only way to avoid these potential risks is by not drinking at all. If you do, be safe. Drink plenty of water between drinks and eat before, during, and after consuming alcohol. In the end, this is your life, your body, and your choice.

Knowing all of these risks, do you still want to drink? If you do, as I am sure many us do, be responsible. Drinking is not worth risking your life.