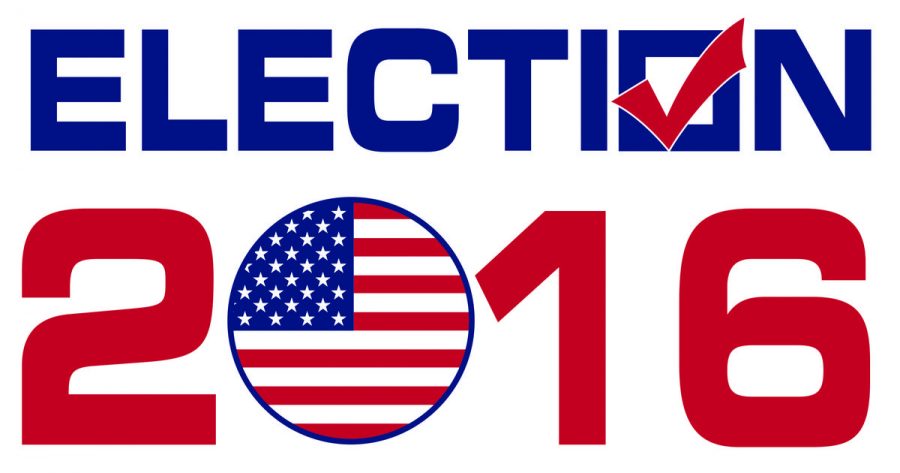 It has been one crazy, emotional, and draining week and some change––no matter what side of the spectrum you are on. My one hope to all who are reading this, is that you find peace, no matter where you need to go to find it.

I know where I stand––look to your far left––but I do understand, to an extent, where rational non-stereotypical supporters of Donald Trump stand. Irrational supporters, such as the ones that thought it would be a great idea to drive by Grewen Hall during our peaceful protest and rev their engines while displaying a Confederate flag, Trump 2016 flag, and a Crooked Hillary flag, I will never understand where they stand, or better yet, why they stand.

While talking to rational supporters, the main question has been, “Why do so many people hate his supporters so much?” Well, there are multiple answers to this question and while trying not to get upset with these people, I explain it’s because of the ones who spray paint swastikas on walls with “Make America White Again;” the ones who spray paint the N-word on an African American man’s car; the ones that leave notes on homosexual’s cars saying, “Trump is President now, so get out of my neighborhood.” Those people are the reason why Trump supporters get so harshly stereotyped.

As a very far left liberal, I’m always open to hearing the other side. Through conversations with some educated conservative friends, I have learned that there are still people you will just never agree with. I’ve encountered this more in the past week than ever before, politically. As I’ve voiced my opinions publically via Facebook, Twitter, other social media and through last week’s peaceful protest, I was called out on multiple occasions by some irrational people who did not think it was right for me to do what I’ve been doing.

Many tag me in videos of protesters burning the American flag, and one even accused me of doing it myself. Some people will say anything to justify themselves. I want to make it clear that it is NOT okay that people are doing that. I will not and do not associate myself with that behavior. Myself, my brothers, and my sisters in this world, we will stand together and fight the good fight over what we believe in, peacefully. Just as there is a line between rational and irrational Trump supporters, there is also a line between violent protesters and peaceful protesters.

People of color, different ethnicities, gender and sexualities are scared of the potential threats that may come against them, their family, or their friends. It’s a very valid reason to be upset and frightened. The ideology behind Donald Trump, Michael Pence, and Paul Ryan that are public knowledge, really scare minorities because that is who it affects the most. It leaves millions of people absolutely devastated in this country. It’s even more frightening to us since the Republicans hold all three branches of government. Is it likely that all of these ideologies will be carried out in a four-year Trump presidency? No, it isn’t. But, it is still a possibility. And that possibility is what follows anti-Trump supporters as they try to go through their lives.

A word to all my brothers and sisters out there who are scared for their well-being, the well-being of their loved ones, and their rights, I want you to know that everything will be all right. We will stick together. For better or for worse, this is a lifelong investment in us, and in our future. If the hate and anger of Trump’s campaign and supporters withstand, like Bernie Sanders beautifully put it, “We will be his worst nightmare.”

Until next time friends, stay safe and stay sane.