Through My Spectacles: Promoting Le Moyne and the illusion of diversity 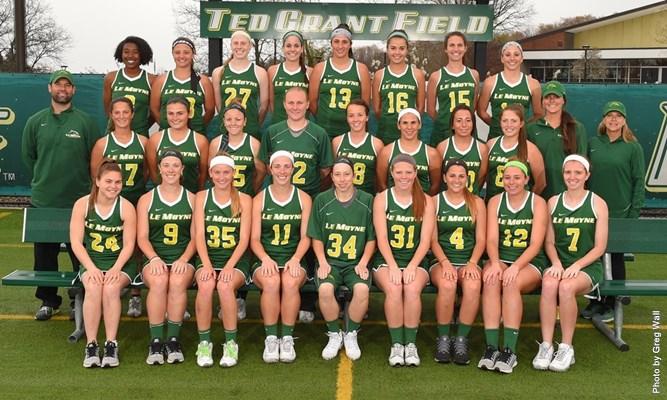 Scattered throughout Le Moyne’s website you’ll find a variety of strategically placed pictures of students walking to their classes and parents hugging their children during Family Weekend. So many people caught and permanently frozen in genuine moments, unaware of the camera capturing them for Le Moyne’s records.

Last Wednesday I was speed walking, but attempting to look chill at the same time, up the hill to Grewen, trying not to be late to my senior seminar after getting caught up watching Sex and the City and wishing I didn’t have to go to my senior seminar. When I got to the top of the hill, I couldn’t  walk through the little archway of [now] leafless trees because there was a photoshoot going on, with a cameraman kneeling on the walkway for the shot and some woman holding a notebook while adjusting the clothing of the subjects, Dr. Linda LeMura and junior Phil Howell. They started walking through the archway, talking with each other, smiling and nodding their heads in unison as though one of them had said something profound so the camera had something warm to capture.

As I observed this scene several thoughts rushed into my head: Linda! Linda! Linda! Wait, how did Phil get chosen as the student? Why wasn’t I chosen? I’m freaking awesome. Like, I’m basically the posterchild of Le Moyne [smiles in the direction of an invisible camera]. Why did they pick Phil? Is it because he’s black? It’s probably because he’s black.

Here’s the thing, Le Moyne has a diversity problem. There’s a reason why you can easily find how many students attend the college, the number of males versus females, and how many states and countries are represented on the college website, but you can’t find the racial demographic. Administration knows it and the minorities on campus know it. But who doesn’t know are the people who will see LeMura and Phil’s beaming faces on the Le Moyne brochures and pamphlets brought into their homes with the rest of the mail; or the prospective students and their parents scrolling through Le Moyne’s website for more information about the college.

If people looking to invest their money in Le Moyne, whether through their child’s education or a generous donation, see a color palette with varying shades of brown faces they’ll know their money is going to a school that understands and carries out the importance of diversity. Maybe they’ll even get more students of color interested in attending Le Moyne. While that’s all well and good, what happens when these people, especially the minority students that decide to attend Le Moyne, come for a visit?

They see white, with brown specks here and there. That’s what minorities are at Le Moyne, specks. We’re three people, at most, in a classroom of around 25. We’re a tiny portion of professors and administration. We’re the basketball team [for the most part], and a few scattered throughout the other athletic teams. We’re the Sodexo staff [for the most part] that serve you in the Cafe and Den and C-Store.

Le Moyne is just another extension of the White Space that is the United States. Yes, there is some diversity here and the college more than welcomes it, but in order to function in this environment we have to learn how to navigate the White Space. A space that forces us to be a kind of black that appeals to the majority: quiet, perfectly articulate, together but not too together because that can be worrisome. Because when we act outside of the pocketed areas the White Space provides us with and act “too black” … at Le Moyne, students take to social media and post abusive and threatening things about you invading their space. In the rest of America, well, we know how that goes.