The Reasons why everyone should “#FEELTHEBERN” 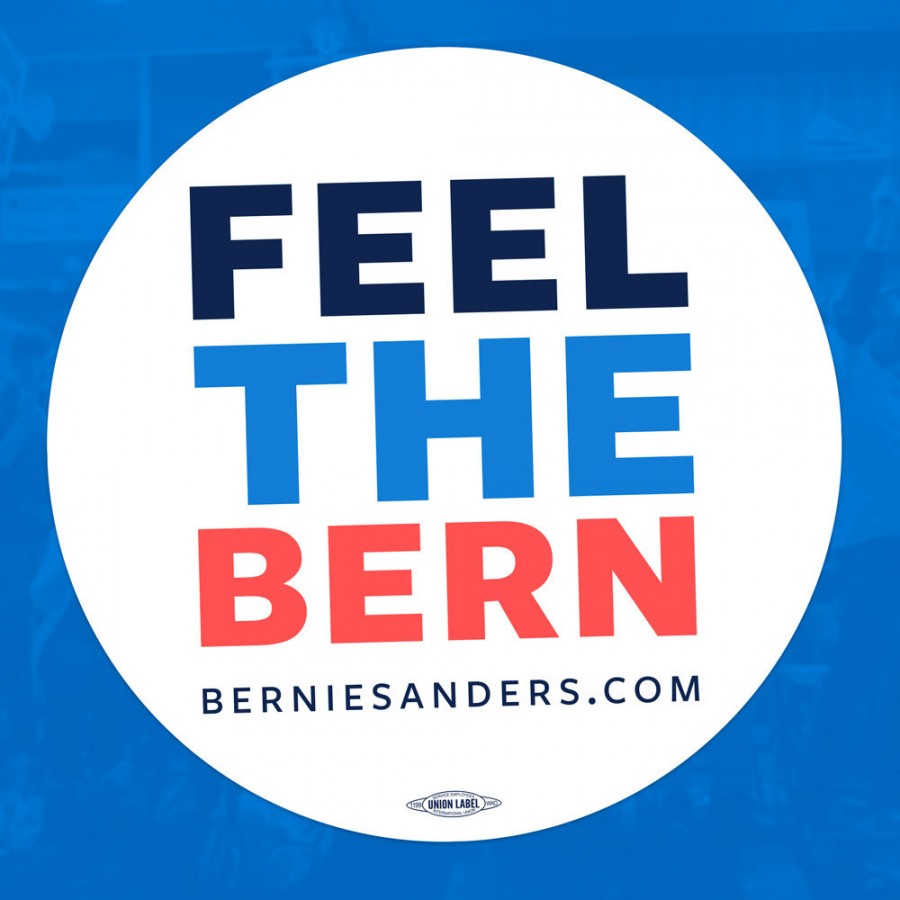 For those of you who don’t know Senator Bernie Sanders, he is a presidential candidate running for the Democratic Party nomination. In 2007, Sanders won his campaign for the US Senate, and was then re-elected in 2012. Sanders has done an astonishing amount of work in his political career and has been around long enough to know the real issues that threaten the country and the different approaches to fix them, and fix them right.

In 2015, after a boost from friends and family, Sanders announced his campaign for the Democratic presidential nomination. Sanders claimed in an interview with MSNBC’s morning show, Morning Joe, that one of the main reasons he launched his campaign was because Secretary Clinton is held back by Super PACs and the Wall Street billionaires that influence her every move. Sanders has made it extremely clear that he is completely against Super PACs and, as he calls them, the “billionaire class;” feeling that they can buy and sell politicians and elections.

Sanders is the only candidate, of either party, that is running solely on the money of individual contributions from grassroots donors. One of Senator Sanders’ biggest issues during this campaign has been the “too big to fail” banks that were a driving force before the Great Recession of 2008. As Senator Sanders, himself says, “If a bank is too big to fail, it is too big to exist.” It is Sanders’ view that it is time for Wall Street billionaires to bail out the working middle class, not the other way around.

So how much does Bernie Sanders differ from the other candidates in the race?

The answer most people will tell you, if you ask is, “Because he is a Democratic Socialist.” While that is true, most people don’t know what that means. Many ignorant people will answer and compare it to the Soviet Union in the 20th century but that is simply false. Bernie defines the term Democratic Socialism as anyone who believes working 40 plus hours per week should not be living in poverty. In a less narrow stance, he aims to focus on protecting the lower and middle classes. Obviously there is more to it in Bernie’s plans, like health care as a right of citizenship to the American people or even free or low cost public college and universities for young adults. Many people don’t see how many young adults discontinue their education for the simple fact that their families cannot afford it.

Another stark contrast between Senator Sanders and Secretary Clinton is their positions on LGBT rights. Senator Sanders has been fighting for equal rights for our gay, lesbian, and transgender brothers and sisters since he began his political career. And as recently as 2006, Secretary Clinton has said that she was opposed to marriage equality for gay and lesbian couples.

Now many people might say that all politicians talk out of their—you know what—and I would agree, but there are always exceptions… and Bernie is one of them. He always speaks his mind. This is a VERY big reason why so many people like him. And in this way, Sanders and Trump are alike, but in different ways. You see, Trump speaks his mind which is a thing I would highly recommend to any politician, but everything that comes out of Trump’s mouth is a load of garbage that either doesn’t make sense, doesn’t answer the question he was asked, or completely opposes something he said earlier in his campaign. Bernie has an honest demeanor that is exemplified through his speech. Don’t believe me? Well Bernie has been fighting for the same things he is right now as he did in the 1980’s, when he was the Mayor of Burlington.

Another thing that makes Sanders so appealing to young voters is that he has such an independent and free thinking mind, and doesn’t deny world issues such as climate change. In the most recent USA Today poll of millennial voters, Bernie Sanders beats Hillary Clinton by over 20 points, including 19 points just with millennial women. The polls are suggesting that the millennial generation is rejecting a candidate who changes his/her view, almost daily, in order to get more votes.

Bernie has big plans for this country, and if we believe in the policies he wants to create, the United States will have a healthier economy than it has in a long time. I strongly urge you to educate yourself in the political world so that you can be an independent voter and not simply take for fact the things your friends or parents tell you. You are the voter and you now have a voice in the decision of who will run this country. Bernie Sanders is my candidate and I fully put my faith in him for the betterment of our country. So, who will you choose when election time comes around?