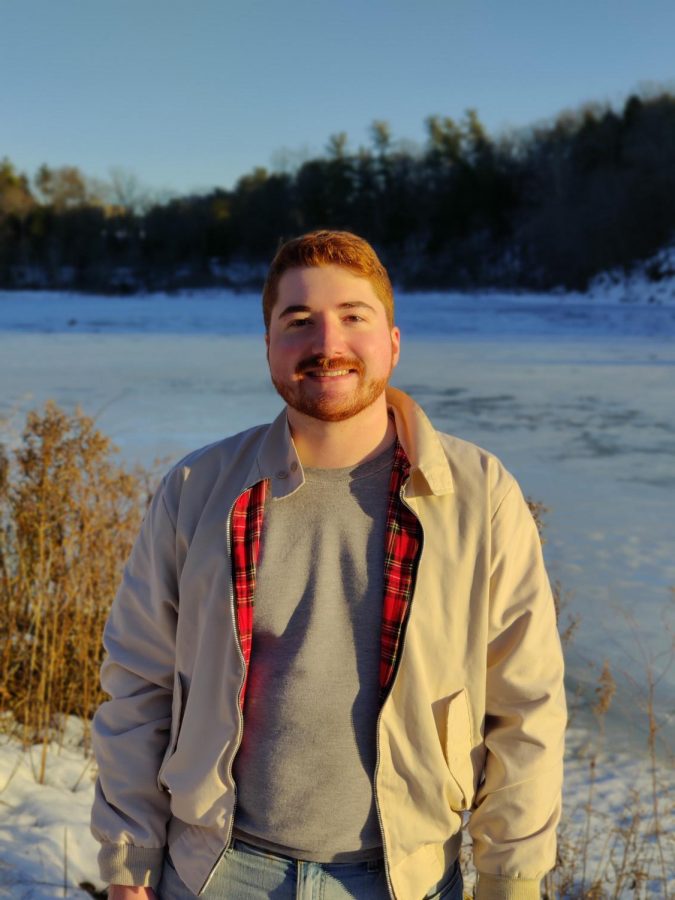 Every student dreams of the great things they will achieve some day: becoming a filmmaker, doctor, accountant, or even president.

Christian Carr has dreams of his own, as he is the newly elected SGA President for the 2021-2022 academic school year. He may not be President of a nation, but as leader of the Le Moyne student body, he will be just as influential to our community.

Carr did not necessarily plan to take on such an important role in SGA for his senior year.

However, his current SGA title of Vice President of Administration has given him insights into the work being done, and the work that still needs to be done. “We were trying to work between administration and students and I realized, like, dang, we’re not doing enough for students here on mental health.”

As Carr expressed his drive behind running for SGA President, he said, “SGA can do so much more to be there for students and to work with administration to get things done.”

Carr has no shortage of responsibilities already, and it’s clear he’s a natural leader.

He is constantly busy with his current position in SGA, as an RA (Residents Advisor), tutor of multiple subjects, and as an active member of several other organizations on campus like Dolphins Against Violence.

Dolphins Against Violence and tutoring have been two of his favorite things to be a part of on campus up until now. Being able to work with others to make a difference along with teaching students has brought so much joy into his life. Those “aha moments” when something he is trying to teach finally clicks is one of the greatest feelings for him while tutoring. Learning has always been important to Carr.

Since starting at Le Moyne, he has focused on taking STEM courses, but has made room for his wide-ranging interests. He has been working toward a degree in biochemistry while minoring in applied statistics, business administration, and faith and social justice.

After being homeschooled for K-12, Carr was surprised with his smooth transition into college, which was full of new experiences for him.

As any other typical freshman, he joined way too many clubs, so much so that it was hard to keep up with them all.

Now as Carr is entering into his senior year, he’s cutting back on his clubs and activities to focus on his new role.

While remaining as involved as he can be, Carr decided it will be best to cut back on the number of classes he tutors for and the number of credits he plans on taking during his senior year.

Over the past few years Carr has been able to keep up with 21-credit semesters, his active roles on campus, and even as a GrubHub and Uber Eats driver.

Time management has never been an issue for him, but this consistently busy schedule has created barriers in other aspects of his life.

Mental health, as most people know, is not something to joke around about.

This has been a struggle for Carr as the pandemic inhibited the exposure he has had to his friends and residents.

Knowing first hand how mental health can negatively impact someone’s life, seeing the campus-wide results of the death of a dear classmate, and seeing how the campus as a whole has been impacted by these issues, Carr decided he had to contribute to making the Le Moyne community better than it ever has been before.

He believes that changes need to be made and that he has the heart, authority and will to push campus life forward.