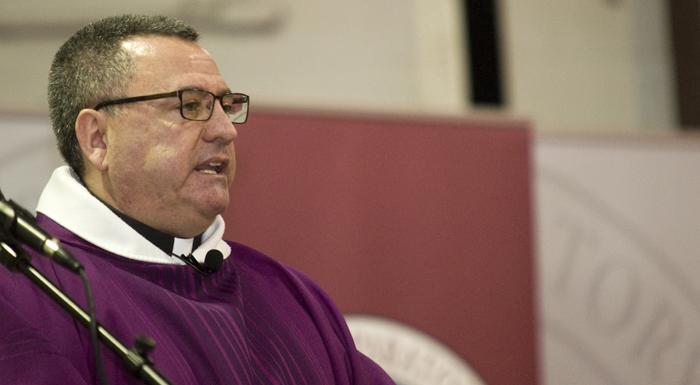 Joseph G. Marina, S.J. will be leaving his position as provost and vice president for academic affairs at Le Moyne College to become the 28th president of The University of Scranton.

Father Marina has served in this position at Le Moyne since 2016. His involvement within the college has been vast and impactful, ranging from overseeing the honors program, to diversity and inclusion programming, to disability services, and more.

President Linda LeMura has named Jim Hannan, Ph.D. as interim provost beginning April 1. Hannan is currently interim dean of the College of Arts and Sciences and has been a member of Le Moyne’s faculty since 2006.

“I am honored to be chosen as the University of Scranton’s next president, but it is also a bittersweet time as I will be leaving Le Moyne, a place that has meant so much to me on both a professional and personal level,” said Father Marina in a statement released by Le Moyne.

President LeMura also expressed how dear Father Marina is to Le Moyne and how he will be missed greatly as a friend and colleague. “I commend The University of Scranton for selecting Father Marina as its next president. Joe has been a vital part of Le Moyne’s success over the past five years,” said President LeMura.