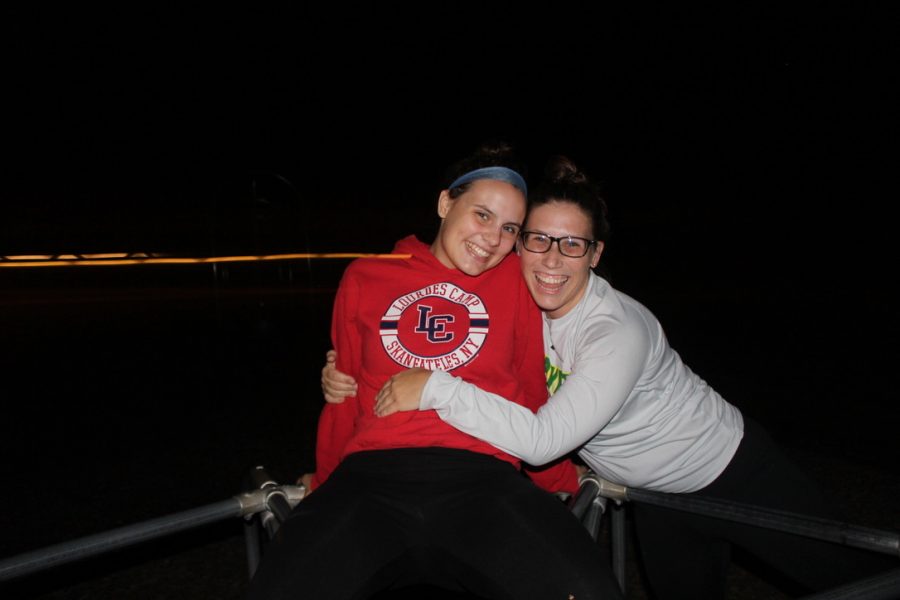 Natalie Fagan, 20, is a junior at Le Moyne College studying English with a concentration in literature. She is from Lafayette, NY.

For Natalie Fagan, the choice to vote against Trump was always clear. After COVID-19 took the life of her older sister, however, her vote took on a new meaning.

“As a privileged, white, cis-gender woman, I don’t feel particularly under attack by Trump. But I recognize the marginalized groups who are affected by him, which is why I knew I would never vote for him to be elected,” said Fagan. “But after my sister passed away, it became very personal to me in a way that it couldn’t before. Because as much as I support these other groups, I didn’t know what it was like to be hurt by this administration.”

Her sister, 28-year-old Adeline Fagan, was an OB/GYN resident physician in Texas and contracted COVID-19 on July 8 while doing a rotation in the ER, where she worked with COVID-19 patients, according to the GoFundMe page run by her family.

After initially being treated with respiratory therapies, Adeline was intubated and placed on a ventilator. Even on the ventilator, she was unstable, so doctors placed her on extracorporeal membrane oxygenation (ECMO). On September 19, 2020 Adeline passed away.

Fagan said she understands that COVID-19 deaths were unavoidable, but she believes that the Trump administration’s mishandling of the pandemic response resulted in an excessive and unnecessary loss of lives. Lives like Adeline’s.

“I just feel like the irresponsibility on the part of this administration is to blame for the amount of victims we have lost to COVID,” said Fagan. She explained that Adeline lived and worked in a state where Trump held mask-less rallies, most likely leading to more cases of COVID and putting frontline workers like Adeline at risk.

In addition to Adeline’s work as a doctor, Fagan’s other two sisters are in or pursuing careers in the medical field, making healthcare a common topic of discussion for the family.

Universal healthcare is an issue that Fagan has supported long before the pandemic. Looking at it through the lens of COVID-19, Fagan stated that she finds it deeply unjust that some people, especially people of color, are being disproportionately affected by coronavirus because they cannot afford to receive treatment.

“To think that there are people out there that don’t have the opportunity to get treated…” said Fagan. “My sister died, but if she had survived, it would have been mostly because of the medical services that she received. Think about all those people who are getting COVID that cannot go to the hospital because they can’t afford it. They have no hope. My family clung to hope that my sister was going to get better. Imagine having no hope.”

She emphasized her belief that in America, there is a prioritization of money over the well-being and lives of its citizens, which she stated is demonstrated through the healthcare system and further proven at the polls.

“Everybody has a right to vote the way they see fit, but I think you need to look in the mirror at your morals and your values if you think the amount of money you make is more important than the lives that are being lost in this pandemic,” she said.

When considering how American voting decisions may have been affected by the pandemic, Fagan referenced conversations in which people have told her their undecided vote was swayed by the way the government handled the pandemic.

“The thing about COVID is that it doesn’t discriminate. It doesn’t care if you’re a Republican; it doesn’t care if you’re a Democrat,” said Fagan. “It’s killing people of all ages, of all socio-economic classes, and I think a significant percent of the people that were voting for Trump have now switched because they were affected by COVID and saw how it could have been avoided by strong leadership.”

She explained that in his refusal to wear a mask or pass federal mask mandates, Trump set an example that was followed by many of his supporters and politicized a pandemic.

Fagan fears for the future of the country, even without another four years of a Trump administration. “I truly do believe that the wounds Trump has inflicted on this nation will take a long time to heal.”

She stated that she hopes Biden can begin to make this change, but acknowledges the vast impact that Trump’s presidency has had over the soul of America and how much work is needed to reverse it.

In a video posted to her Instagram, Fagan urged voters to keep Adeline’s story in mind as they took to the polls. “When you go to your voting place and you sit down to cast your ballot, if you need one more reason to vote for Biden, please, please look at my Instagram page and look at my sister’s beautiful face… Tonight, I voted for Biden for my sister Adeline. Who are you voting for?”