Anxiety in Students at Le Moyne on the Rise 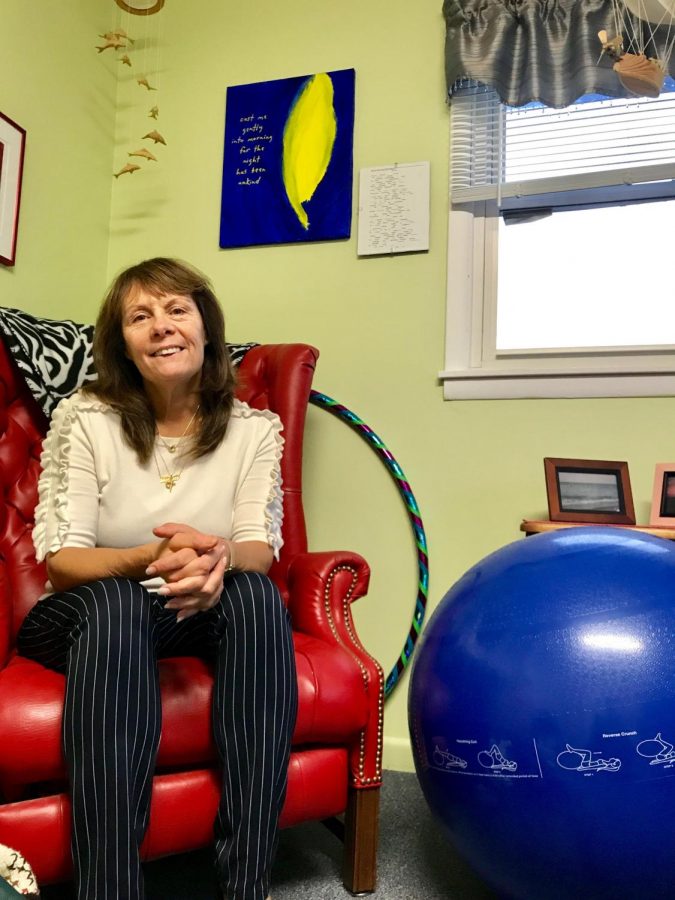 Maria Randazzo, Director of the Wellness Center for Health & Counseling/Substance Abuse Specialist, in her office where she has created a relaxing atmosphere on Nov. 1.

Anxiety in students at Le Moyne College has increased, according to the director of the college’s health center.

“Up until a few years ago, depression was the top concern, that has slipped to the second or third concern and we are seeing more anxiety,” said Maria Randazzo, Director of the Wellness Center for Health & Counseling/Substance Abuse Specialist.

Randazzo wasn’t able to provide exact numbers for the rise in anxiety within students at Le Moyne. Instead, she provided an outside study on the rise of anxiety within college students.

According to a 2018 report published by Journal of American College Health, between 2009 and 2015, treatment and diagnosis of anxiety increased by 6%. In the study, data was collected on more than 450,000 undergraduates. Out of the students surveyed, 20% said they used their universities counseling programs which were a 4% increase from 2009.

“I think that students have been somewhat impacted by the financial problems that occurred in 2008,” said Randazzo. Randazzo added that the financial impacts translate to students, the students end up taking on their parents worries.

“Students are doing this,” said Randazzo as she portrayed a student on a phone. Randazzo emphasized the fact that students are not building resiliency skills and support networks due to excessive technology use.

“Some high school counselors that I’ve touched base with are also concerned about the amount of technology use affecting mental health, and when those kids go to college we see that,” said Randazzo.

“What we’re trying to do is build resiliency skills, students are not making the social connections that would allow them to establish relationships,” said Randazzo.

Having counseling available across the road from campus is a huge benefit for students. Not only is it accessible, the counseling staff at Le Moyne particularly know exactly how to deal with college students.

“We know this population better than most generic therapists, not that they’re not good, but we’re right here,” said Randazzo. Randazzo added that she and many of her colleagues have been working at Le Moyne for over 15 years and are experts in dealing with college students.

“Anxiety is pretty common on college campuses, and I’ve seen more of it, it’s a reflection on the world and on society,” said Ann Bersani, Associate Director of Campus Life and Leadership at Le Moyne College.

Bersani took mental health training along with other staff members in order to be equipped to deal with mental health.

One Le Moyne student, who asked not to be identified, said he doesn’t think the pressure on the younger generation was as heavy 30 years ago.

“I began therapy my junior year, I wasn’t suicidal or depressed I just felt an extreme amount of nervousness about life and where I’m going and what I’m doing,” said the 20-year old student. This student added that he’s not the only one dealing with anxiety, he’s seeing more people that he knows having breakdowns and seeking help.

“I think it has a lot to do with pressure from the world, family, like getting jobs, making a lot of money,” he said.

Randazzo and her colleagues have set up a safe space for students at the Wellness Center which includes the waiting room also known as the “Zen Room.” Randazzo recommended that students continue to seek help if needed and establish healthy relationships.