The Fight Over What’s Right 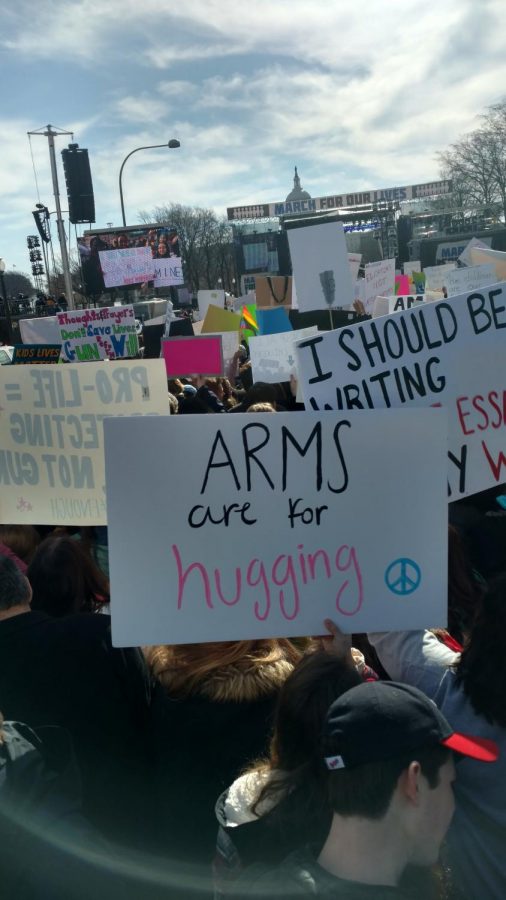 As many of you may know there was a devastating high school shooting February 14th, 2018 that occurred in Florida by a student about a month ago. As a result, 17 students were killed. On March 15th, 2018, across the country, students walked out of their schools to encourage change to the gun laws in this country. Among the students that walked out were teachers and faculty that were cheering them on. The students stayed outside for 17 minutes to show support for the 17 that died.

Many people, especially on social media, have been showing a great amount of support towards this movement of students wanting to make a change and show that something needs to be done regarding guns and their personal safety in school. However, some think that gun laws do not need to be changed because the guns aren’t the ones killing people, the problem are the people that are using the guns to kill.

While this may be true that the people are the problem and not the guns, the argument of those opposing the walk out is now being invalided because of their new presenting challenge of #WalkUpNotOut. Walk up not out is a challenge that the opposing side has presented to the students who participated in the walk out. This challenges students to make friends with the students in their class who may be loners, antisocial, or have mental illnesses and make friends with them before they have a breakdown or have suicidal thoughts, which could result in a mass shooting in some cases.

This would have been a clever idea, but the opposing side has now started a trend of victim blaming to shame the students, which is receiving a lot of backlash now. The victim shaming comes as a result of the opposing side blaming the students for not being nicer to their at-risk classmates, which then tells the students that the shooter had a right to kill because they were pushed into doing it by being excluded or bullied. Maybe nobody has the exact answer as to what needs to be done, but I encourage everyone, including the students who participated in the walk, to keep fighting for what they believe. Safety in school is a must, reforms on guns may have to occur, and we need better mental health care for those in need of it.