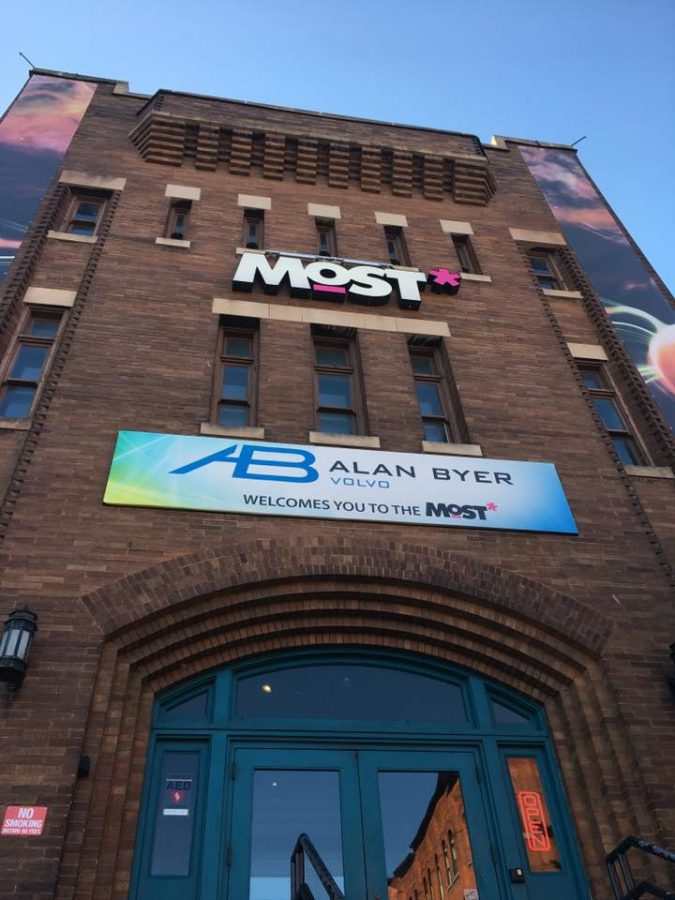 Last Friday morning, February 23rd at approximately 9:08am, Syracuse locals made contact with the International Space Station (ISS) in orbit around the Earth about 250 miles away from us. As the title states, the ISS travels at about 17,150 miles per hour, and circles the Earth about every 90 minutes.

So, for those who don’t know me, I intern at the Milton J. Rubenstein Museum of Science and Technology (MOST) in Downtown Syracuse. This internship has been an amazing experience so far since I started at the end of January and only gets better as it goes. But how could it get any better than this? Ever since I was a kid I have been extremely interested in astronomy and space. I went through high school aspiring to go into college for astronomy and eventually score a job at NASA researching and discovering new planets galaxies away from us. If you know me, I’m sure you couldn’t even imagine me doing that, but that was the plan until senior year!

The last mission to launch from Earth to the ISS was this past September of 2017 called Expedition 53/54 which carried Astronaut, and retired U.S. Army Colonel, Mark T. Vande Hei. This is the astronaut that we made contact with on Friday. Mark graduated in the same class as the Syracuse famous astronaut, Jeanette Epps. The Boys and Girls Club of Syracuse Central Village had approximately 10 minutes to speak with Mark and was able to ask about 20 questions before losing connection completely. To give you a bit of a visual, we were able to gain contact with the ISS as it got above Kansas and lost contact right about when it went over Newfoundland. This was such an experience for everyone present. There were about 300 folks who made it out to the MOST to witness the event.

The MOST has been working for months to get everything set up for the event. The process to applying for this through NASA included a number of different steps including initial interest, receiving a number of different possible dates and times that you may be assigned to, and then all the labor of connecting and hooking up a special antenna on the roof of the museum, running wires through the museum to the amateur radio station and matching radio frequencies to be sure you can contact the ISS. There are a large number of things that could have gone wrong the day of. There was a very uneasily high percentage of us not reaching the ISS. Thanks to Chris, the employee at the MOST who took on the project, the event was a huge success. You can find live footage of the event on The MOST’s Facebook page and YouTube channel, along with photos on the Facebook page of interviews that news networks were getting with some of the kids from the Boys and Girls Club. It was awesome to see the excitement on their faces before, during, and after the event. I couldn’t be happier that I got to experience an event such as this, I really felt like a kid again!