Le Moyne Paid Over $670,000 to Falcone-Owned Business for Construction 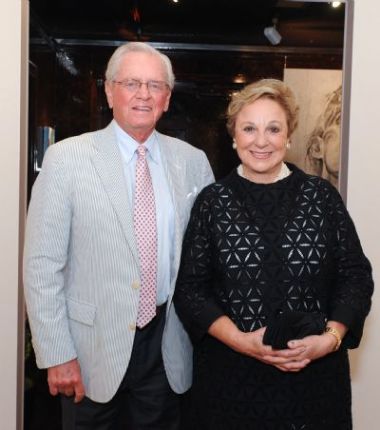 Le Moyne College paid over $672,000 from 2013 to 2015 to Pioneer Management Group, a company owned by the husband of Board of Trustees member Noreen Falcone.

In the most recent 990 forms that revealed how much Le Moyne had paid Pioneer Management Group during the 2013-2014 and 2014-2015 academic years, it is noted that there could be a conflict of interest using Pioneer in the final phase of the Coyne renovation because of Falcone’s role on the board. Director of Communication and Public Affairs Joe Della Posta said Falcone’s role on the board had nothing to do with the selection of Pioneer, only their reputation.

“The Falcones have been a faithful supporter of the College dating back to the early 1980’s,” said Della Posta. “Pioneer is one of the most respected construction management firms in the region. Their work is first-rate and their clients include O’Brien and Gere, AT&T, Hewlett Packard and Carlisle Co. They work well with the College’s Facilities Management team to complete projects with very tight deadlines.”

Although Falcone has an email linked to the company, when asked about her association with Pioneer she said, “I really am not at all involved with our family company.” When Le Moyne chose Pioneer for construction services, Falcone had to sign a conflict of interest agreement and was never allowed to be in the room when issues regarding the company were discussed.

Noreen Falcone was named to the Board of Trustees in 2010 after previously serving as President of the Alumni Association and member of the Board of Regents. Falcone is a 1958 graduate of Le Moyne and has given back to Le Moyne extensively over the decades, her most notable contribution being the Noreen Reale Falcone Library constructed in 1981. Falcone and her husband Michael J. Falcone also helped Le Moyne in the purchasing of the president’s house in 2012.

Pioneer Companies has been involved in construction at Le Moyne since 2009, according to  Della Posta. “Pioneer has been involved with the science addition, the first phase of the Madden School of Business, the renovation of the Coyne Science Center, Le Moyne Plaza, the new townhouses, and the Foery basement renovation,” he confirmed.

The process of hiring Pioneer was adjusted to address Falcone’s association with the company. Della Posta said Pioneer’s possible involvement in construction was reviewed by the Conflict of Interest Committee, including their “ability to perform, price, project timeline and risk.”

According to their website, Pioneer Companies was established in the early 1960s after founder and chairman Michael J. Falcone started building shopping centers and apartment buildings throughout Central New York. The company is responsible for “the construction of over 20 million square feet of real estate with a value reaching in excess of $1.5 billion.”

Le Moyne is required to file Form 990 with the IRS each year to disclose information about its governance, policies, finances, compensation, etc. The College is also required to make recent copies of the 990 available to anyone who asks for it.