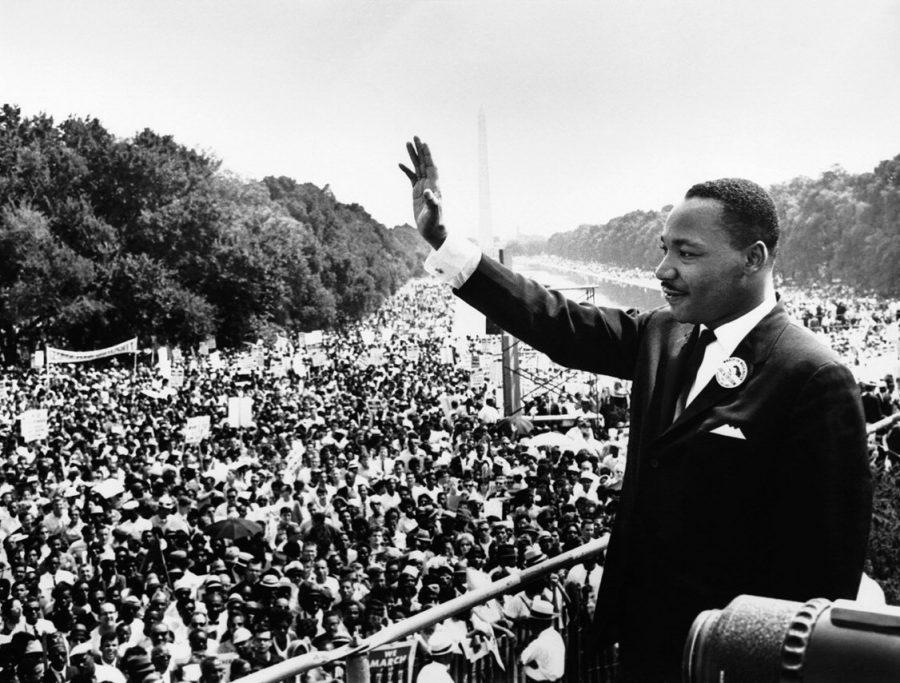 Continuing the celebration of Martin Luther King Jr. Day, Le Moyne College was proud to host keynote speaker Odell Bizell II, an author and internet personality who has brought his message of leadership and diversity to over 200 colleges. His interactive presentation titled, “Why’d They Kill Dr. King?” was given on Jan. 25 in the Reilly Room.

The author offered a story from his youth that explained what it means to have a dream for the world, the way Dr. King did. At 14, Bizell was planning to play professional basketball in the NBA, but his father encouraged him to look for a different plan. He found other places to put his energy and began selling candy at his high school, eventually making over $75,000. This gave him the platform to become a motivational speaker and help others realize their own dreams. He explained that the reason he tells this story is to show that if he had gotten what he thought he wanted, he wouldn’t be making the impact he is today.

This all relates to the three reasons why Bizell thinks Dr. King was killed: He had too much influence, he was getting results through a peaceful process and he couldn’t be paid to stop.

“The greater you become, the greater your purpose is,” Bizell said. “And the more passion you pour into it, the greater the opposition you will have.” Dr. King didn’t set out to be a martyr, but along the way, it’s possible that he realized there was a very real chance he would become one. This raises the question of, what are you willing to sacrifice to achieve your dreams?

According to Bizell, there are four ways to keep living the dream. People must first realize that it’s not solely about themselves. Not everyone can be famous, but everyone has the potential to be great. The 1963 march for freedom where Dr. King gave his famous speech was not just about him and he definitely wasn’t the only one working to make a difference.

Secondly, people have to be clear and consistent with their goals. Bizell gave the example of the Montgomery Bus Boycott. Protestors were clear that they wanted desegregation and they kept up their boycott for over a year to achieve this.

The third step is to be passionate, because whatever you pour your heart into will be your greatest victory. Dr. King was overly passionate about the Civil Rights Movement’s goals and he believed everyone should find something they love enough to die for.

Bizell’s fourth step was to understand and practice diversity. “The only thing that should be separated by color is laundry,” Bizell said. People need to realize, now more than ever, that we are all on the same team. Diversity isn’t limited to race, gender, or sexual orientation either. Surrounding yourself with diverse ideas and opinions will always be beneficial.

The audience enjoyed Bizell’s presentation, feeding off his energy and the way he interacted with the crowd. He frequently asked questions and cracked jokes to keep everyone engaged. When his presentation was done, students hung around to chat about what had been said and get a chance to speak with Bizell.

“He put a lot of focus on dreams and the things we are passionate about, and they weren’t necessarily just job oriented. He asked us what we dream for our lives, but he made us remember that our lives aren’t just about us,” said freshman Grace Lowry.

Bizell believes it’s extremely important to bring his message to colleges campuses because it helps students to better understand their potential and what they’re capable of. “I added Dr. King to the presentation and I think if people see these things next to something they’re familiar with, something they see, even if just once a year, they can say, ‘If Dr. King lived his dream, I can live mine.’”