A Walk to Remember

How Le Moyne became a part of the Women's March and walked with over 500,000 people towards justice.

A group of about 30 Le Moyne students, faculty, and alumni boarded a bus at 12 a.m. to make the trip to Washington, D.C. for the Women’s March on Jan. 21. What is also now known as the biggest one-day protest in U.S. history.

Each person came with their own story, their own reason for wanting to drive into the hotbed of political unrest that was D.C. the day of President Trump’s inauguration. Senior Hunter Igoe went in the hopes of helping to make women’s rights more visible, explaining that some people like to pass off women’s rights as only applying to a subset of people. “We’re an interconnected people, and we cannot look blindly as others are injured by the structure we have in place,” said Igoe.

The bus arrived to the permitted parking lot, right outside the heart of D.C., around 6:30 a.m. after a relatively smooth ride down. Before walking into dark morning, English Professor Dr. Ann Ryan passed out white poster board for the Le Moyne demonstrators to tell their new administration what they want out of their democracy and what they believe in. Decorating their signs they wrote, “Impeach,” “Black Lives Matter,” and “Girls just want to have fundamental human rights.” 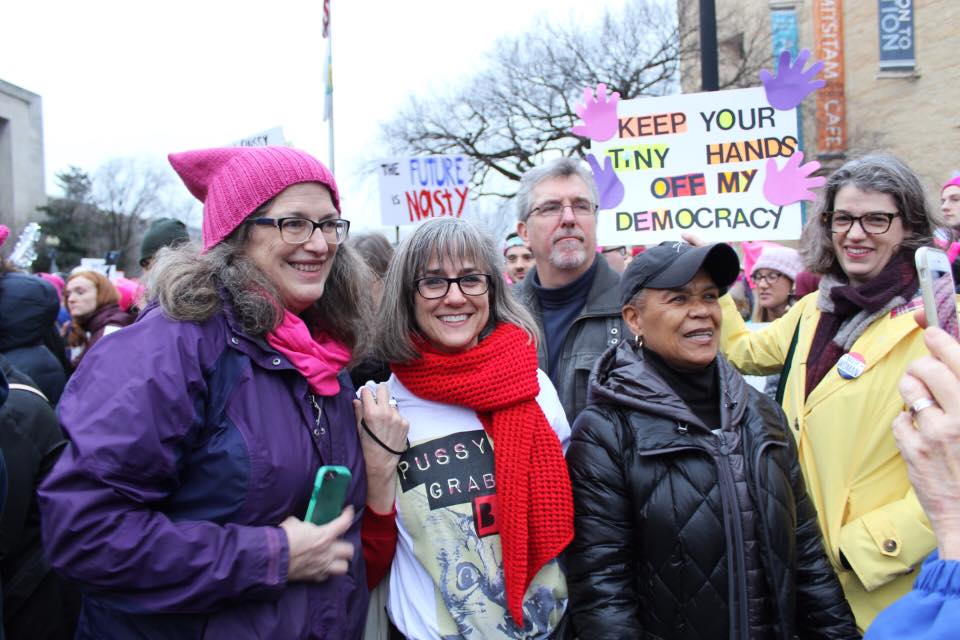 As the group made their way into the National Mall cars beeped their horns in support while police officers waved them along, wishing them a good day. Mothers held their daughters’ hands as they made their way across the street and random people went up to each other for photo ops. There were lots of bodies and nerves, but most tangible was the hope that these protestors could come together to propel America forward.

Before the march started, everyone gathered around the stage––which was extremely difficult considering there were more than 500,000 people in attendance. Actress and activist America Ferrera opened the event by explaining the purpose of the march and why so many people chose to attend. “We march today for the moral core of this nation against which our new president is waging a war,” Ferrera declared. “He would like us to forget the words, ‘Give me your tired, your poor, your huddled masses yearning to breathe free,’ and instead take up a credo of hate, fear, and suspicion of one another.”

She addressed all the pejorative statements Mr. Trump made on the campaign trail, and after the election, listing a set of demands and expectations for his presidency: Decriminalize muslims, end the systemic murder and incarceration of Black Americans, leave women’s rights to safe and legal abortions alone, do not threaten the LGBTQ community, and do not wall off America from the immigrants that make it such a great nation.

Le Moyne junior Aisling McDermott felt compelled to attend the march being an intersectional woman with the knowledge that her rights are vulnerable as “a queer woman of color.” “Not only do I feel like I should stand up for my community, but I also feel that I should stand up for all the others who will be hurt by Trump’s presidency,” said McDermott.

Le Moyne History Professor Dr. Doug Egerton said he’s worried about the power Mr. Trump holds as president and the amount of damage he can cause with that amount of control. “Until three years ago, Trump was not a registered Republican, he was a Democrat. But he wasn’t a Democrat either. He believes in nothing but himself,” said Egerton. “He is an authoritarian, he has fascist tendencies, and we can’t normalize these.”

The march was congested with activist and celebrity speeches, each sharing their own personal experiences, their hopes for America, and how to fight for justice beyond marching. Filmmaker Michael Moore even gave marchers a “to-do list” of ways they could make a difference, first by calling Congress every day at 202-225-3121. 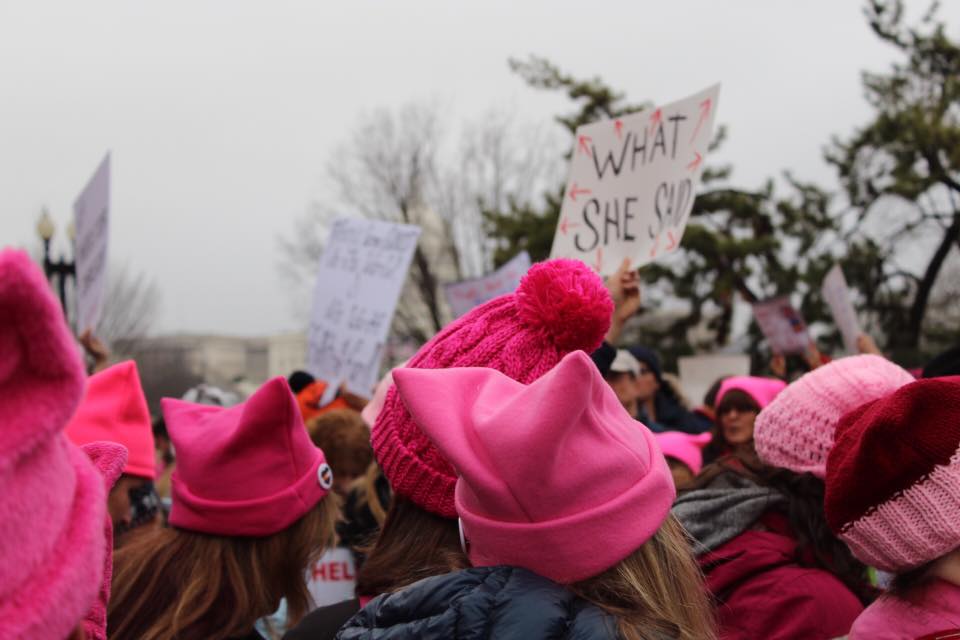 Dr. Patricia Schmidt, an Education Professor at Le Moyne College, took this message to heart. “I’m going to start calling our local Congressmen on a regular basis. I’m going to become a real nuisance,” said Schmidt. “I’m going to be telling everybody about it and try to encourage them to really become more active.”

Egerton couldn’t agree more, revealing that he already calls and emails Syracuse congressman John Katko regularly. “There’s ten thousand ways to get involved, and the easiest one simply is to go on John Katko’s website and write him about Planned Parenthood defunding and things like that,” said Egerton.

Though the march has ended, people like McDermot are determined to continue voicing their concerns and putting pressure on the Trump administration to do right by all Americans and their allies.  “We need to keep marching, to keep fighting for our rights,” said McDermott. “This one march doesn’t fix things; we have to keep pushing for change.”

As Le Moyne’s freedom fighters climbed back onto the bus headed for campus and energetically talked about their plans of action before the fatigue finally set in, it seemed as though the truth of America Ferrara’s words from earlier that day were being fully realized: The president, his cabinet, and congress are not America. The people are America and without the people, America does not and cannot exist.