Reported on Campus Sex Offenses Are on the Rise at Le Moyne College, Reaching a Peak in 2015 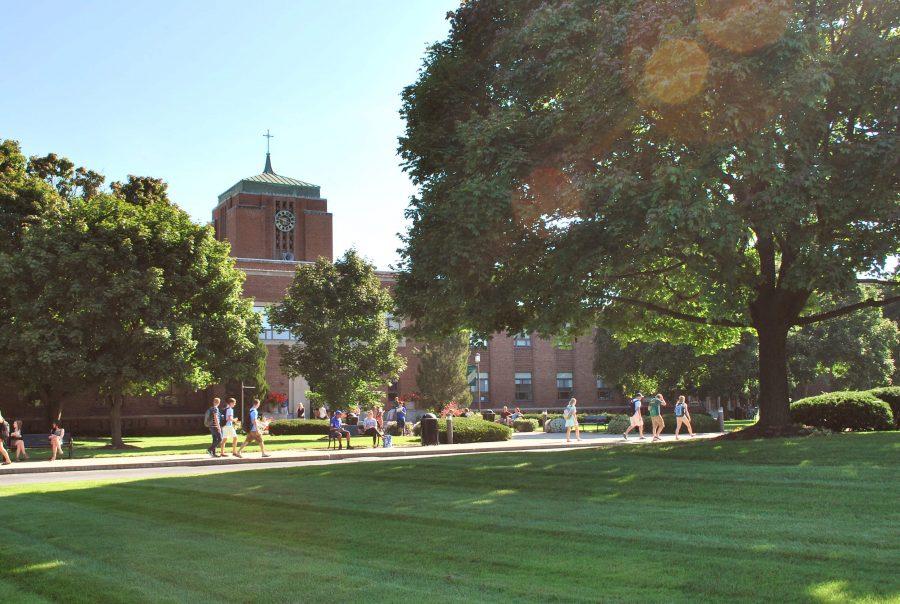 On page 8 of the 2016 report, forcible fondling is defined as “the [nonconsensual] touching of private body parts of another person for the purpose of sexual gratification.” A forcible sex offense includes rape, sodomy, sexual assault with an object, and fondling. In 2014 and preceding years, all four categories were grouped together as one statistic. Beginning in 2015 there are two separate categories in for rape and forcible fondling.

Publication of the report every year by Oct. 1 is in accordance with the Clery Act of 1990. The Clery Act was put into place as a result of the rape and murder of Jeanne Clery in her dorm room by fellow students at Lehigh University in 1986. The federal law requires every college in the nation receiving federal funding with campus housing to report and publish crime statistics. These statistics are collected annually according to the calendar year, not according to the academic year.

The accuracy of the statistics are only as correct as the data reported to Le Moyne security. Campus security collaborates with the police departments of Syracuse and Dewitt to cross ­reference reports of incidents that happen on campus and surrounding areas. There are several individuals who are required to report events to campus security, such as RAs and security officers. Security then gathers all the reports to create and publish a comprehensive summary of the data in the annual report.

Director of Le Moyne Security Mark Petterelli believes it’s the latter. Petterelli suggests the higher numbers are a result of a changing culture on campus for more victims to come forward. Le Moyne is committed to creating a more welcoming environment for victims of rape and assault and providing them with better resources for recovery, counselling, and medical health.

When asked about this issue, junior Sara Yale said, “I wouldn’t report [sexual assault] because I wouldn’t know where to go.”

This information can be found in the 2016 Report on pages 9­15, which feature a lengthy description of the differing types of sexual assault, along with advice and directions for victims on pages 15­16. Contact information, for both confidential and non­ confidential, on ­campus and off ­campus resources are available on pages 17­18.

Petterelli says “overall safety starts with the individual.” He encourages students to look over these reports to be aware of security in their academic home and points out value aside from statistics; the reports provide information on our standards as a school and a community, along with various resources and reporting mechanisms on campus. Programs such as “Relationships 101” for incoming freshmen are helping to increase education regarding sexual assault recognition, prevention, and aid. There is also a campus­ wide push to encourage bystander intervention.

Petterelli says these reports help security decide how to make campus safer for students to learn and grow. The spike in sex offenses has not gone unnoticed, and action must be taken not only to uncover the true amount of incidents, but also to prevent them in the future.

The 2016 report is available online here, along with previous reports dating back to 2010 that show data from as early as 2007. Students will receive an email when the hard copy of the 2016 Report becomes available after the weekend of Oct. 1. Hard copies will be available in multiple locations including the Security Office and the Office of Human Resources. Included in the 2016 report are definitions of the crimes required to be reported by the Clery Act, the Students’ Bill of Rights, and Le Moyne’s Policy for Sexual Misconduct.