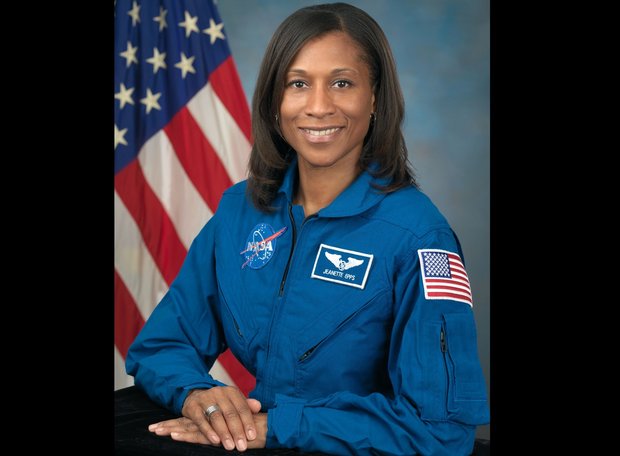 Le Moyne recently announced that astronaut Jeanette Epps, a dolphin graduate of the class of 1992, will be the 2016 Commencement speaker at graduation in May. Epps entered NASA’s astronaut program in 2009 and was selected out of a field of 3,500 applicants to be one of 14 members of the program.

Epps was a Physics major at Le Moyne and went on to get her doctorate from the University of Maryland. Epps also grew up in Syracuse, on the South Side, and attended Corcoran High School. Prior to entering the astronaut program, she spent over 7 years working as a technical intelligence officer for the CIA.

According to a press release from Le Moyne, the commencement speaker is chosen by an Honorary Degree Committee of the Board of Trustees, “which has broad representation from across the College community.”

Student government President Morgan Baker worked with the administration this past summer, sending out emails to seniors for suggestions for the commencement speaker. Baker herself nominated Jeanette Epps as a possibility.

“I have actually heard her present a lecture before and she is phenomenal and truly inspiring,” said Baker. “I thought she would be a great choice to encourage the class of 2016. She’s a true example of what it means to go out and set the world on fire.”

Baker was ecstatic to find out that Epps had been chosen as the speaker, and believes that more alumni should be chosen for the job.

“I think we need to push more to alumni honoraries,” said Baker. “We have so many great alumni that are doing amazing things in the world and we should celebrate them more.”

Another alumni, Kailey McDonald,  from the class of 2015, was overjoyed to hear that Epps was chosen. McDonald was the student commencement speaker of her class, and thought this year’s choice was a step up from last year’s controversial speaker, Cardinal Timothy Dolan.

Over 400 Le Moyne students signed a petition last April to remove Cardinal Dolan as the speaker, citing his handling of the church’s sexual abuse crisis while he was Archbishop of Milwaukee as their main complaint. Despite student complaints and the petition, Dolan did speak at Le Moyne’s commencement in 2015.

“I was thrilled when she was chosen as the 2016 guest commencement speaker. I think Ms. Epps’ story is one that is much more relatable to the students of Le Moyne than Cardinal Dolan’s was last year,” said McDonald. “Even disregarding the controversy, I found his speech to be unremarkable and a little condescending. For me, where Dolan symbolized chastisement and the quieting of student voices, Epps symbolizes beating the system. For me, this is a wonderful message at graduation, and I hope she focuses on that in her speech.”

McDonald described speaking at graduation as a surreal and powerful experience, and that she is proud to see Le Moyne choosing a great representative alumni to engage with such an experience.

“I am proud of Le Moyne for choosing Epps, especially at a time when it’s abundantly clear that being black and being a woman is, in itself, a political statement,” said McDonald. “Hopefully Epps’s message will inspire the graduates to look toward to the future and dream bigger than what might seem merely ‘reasonable.’”

Epps will be the 66th Commencement speaker and will receive an honorary diploma at graduation, which will be held on Sunday, May 22.