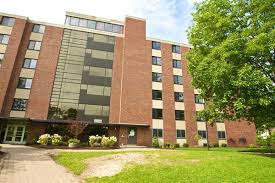 Over the past three weeks on campus, nine accounts of criminal activity were reported. These included three alcohol violations, three drug violations, and three reports of sexual misconduct.

The three reports of sexual misconduct occurred on Oct. 29 at Harrison Hall and Oct. 31 at the Recreation Center at midnight, followed by a more recent account on Nov. 4, occurring in the Coyne Science Center. An e-mail was sent out to students, faculty, and staff across campus in regards to the first report at Harrison. According to the alert and Director of Security Mark J. Petterelli, a teenage male, who does not attend Le Moyne, followed a female Le Moyne student into Harrison around 3:30 p.m. The perpetrator asked for a hug, grabbed the student, and only let go when another student entered the building. Campus Security contacted the Syracuse Police Department, who were able to locate the suspect and bring him into custody. An arrest was made, however, due to the fact that the perpetrator was a juvenile, his name and further details have not been released.

The other two reports of sexual misconduct are pending investigation.

Petterelli said that the purpose of sending out campus-wide alerts of criminal activity, which he calls “timely warnings,” is to offer tips on how to avoid similar issues in the future, and to make everyone [students especially] think about what they’ve read in a critical way, to make the campus as safe as possible.

Resident Advisors in Harrison do not believe that there will be any safety policy changes based upon this incident, and stress that students should always be aware who they are letting into the building. As the current policy stands, RAs are not allowed to let in anyone who does not have swipe access into the building.

“It can’t hurt for students to be slightly more vigilant. But this is an isolated incident, for the most part I think students just need to pay attention or, if the person is clearly not a Le Moyne student then maybe not let them in,” said Paul Rich, a Resident Advisor in Harrison Hall. “But there should be no need for paranoia. I don’t know about anyone else, but I love it when I don’t have to swipe because someone held the door.”

Petterelli also reinforced the importance of “see something, say something,” and the idea that as a Jesuit community, it’s essential to think about how we can watch out not only for ourselves, but for one another as well. Keeping the campus safe, according to Petterelli, is a collaborative effort among the entire Le Moyne community, and relies heavily on the education of students and faculty by Campus Life staff and the Resident Advisors.

“We may be a safe community, but we’re not immune to this [criminal] activity,” said Petterelli.