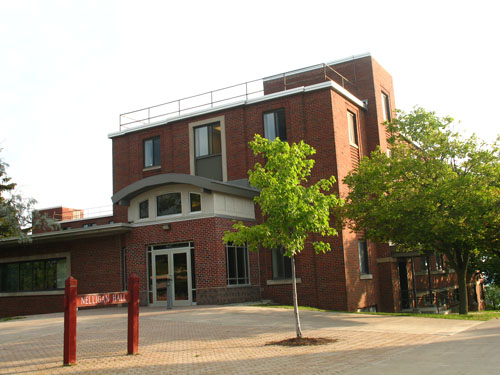 A Dolphin investigation into alleged sexual misconduct incidents reported in the wake of Dolphy Day has raised more questions than answers:

— Why did the campus alert sent on April 22 report two misconduct incidents during the week of April 13, but the campus security crime log lists just one?

— What will happen to Dolphy Day in the aftermath of the incident, which occurred at 1 a.m. on April 17 in Nelligan Hall, the day after Dolphy Day?

–There was one alleged perpetrator for both sexual misconduct incidents, but were there multiple victims or was it the same victim in both cases?

–The first bullet point under the precaution section of the campus alert stated: Always lock your room/residence, both when you are away and while you are sleeping. Was the incident an issue of trespassing?

— Why wasn’t the campus alerted of two additional sexual misconduct charges that occurred on Aug. 22 of 2014 in campus housing and on Sept. 1 of 2014 in St. Mary’s Hall, according to the crime log?

Attempts to answer these and other questions were thwarted by Le Moyne administrators and the Onondaga County Sheriff’s department. Many administrators including Associate Director of Campus Life and Leadership and the Title IX Coordinator Ann Bersani, Assistant Dean for Student Development Mark Godleski, and Provost Dr. Thomas Brockelman declined to answer these questions when asked by Dolphin reporters. The Onondaga County sheriff’s department did not return three phone calls and required the Dolphin to file a Freedom of Information Law [FOIL] request on Monday night for a report on the April 17 incident. This process could take a month or more.

Attempts to confirm the identity of the alleged perpetrator and victim(s) for the April 22 incident were unsuccessful.

At this point in the investigation, according to Onondaga Sheriff’s department records no arrests have been made in conjunction with the sexual misconduct incident.

“We cannot answer many of the specific questions that you have asked, out of respect to those involved. The timely notification that was sent out last week was regarding a specific incident that we felt the community needed to be informed of,” said Bersani in an email to Dolphin reporters on Tuesday. “It included safety information that was intended to help make our community aware of the resources that are available, and action steps that can bolster our community through bystander intervention, and other educational information.”

When asked to clarify the confusion surrounding the context of the campus alert, President Le Mura explained she was unable to provide specifics on the recent incidents, including how many people were involved, due to the ongoing nature of the investigation. She was also unwilling to comment on what this incident means for the future of Dolphy Day.

“As was stated in the Campus Alert that was sent, an alleged perpetrator was removed from campus upon receiving the information,” said LeMura. “We have a safe community and we follow empathetic, caring and well-designed procedures in response to any and all reported alleged incidents of misconduct. I’m comfortable saying that it worked very well and we responded as quickly as possible within the guidelines set forth in our procedures.”

Bersani also stated that Dolphy Day policies and procedures are reviewed annually, but did not comment on how this incident may affect the future policies themselves.

When told of the timing of the incident one of Le Moyne’s most popular Dolphy Day protestors, Dr. Matt Loveland, said, “I think it would be irresponsible of me to comment about it being connected to Dolphy Day without knowing details, however, I certainly hope College authorities consider the possible connection. Regardless, sexual assault is unacceptable in any context.”

The information sent to students by email on April 22 was released as a provision of The Clery Act, which requires college institutions that participate in federal financial aid programs  to give timely warnings to the campus community that may pose a threat to the safety of students and faculty. The crime log is also part of the Clery act, as is the security report.

Since 2010, there have been 7 incidents of sexual misconduct according to Le Moyne’s crime log and the annual security report.  Of these 7 incidents, 5 have occurred in freshman residence halls  and 3 have occurred during this school year.

Seeing as April is National Sexual Assault Awareness Month [SAAM] this incident on campus has brought light to this issue that is plaguing college campuses across America.

While freshman Emily Martin does not know much about the situation, the fact that someone was sexual mistreated on campus does make her feel a little uncomfortable. Martin said, “I can’t ever see that happening in my dorm, but I guess it is a good indicator that I need to be more cautious.”