First Date: The Musical: a Must See at the PAC 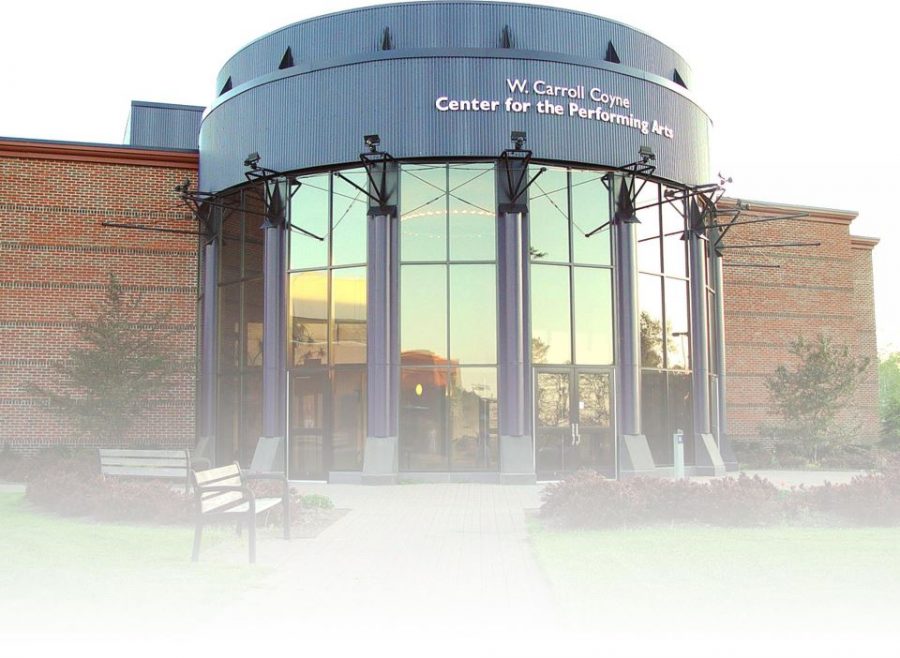 Who doesn’t remember their first date? Who wouldn’t like to take a little pleasure in the awkwardness of watching someone else’s blind date? Why not come spend about 90 minutes in the Le Moyne College Performing Arts Center, watching the hilarity of a blind date gone wrong (and right) with appealing music and songs that will stick with you long after you walk out of the theatre?

This show has something for everyone. Personally, I love the humor and the music. There is a live band, and a very clever use of space. The actors will be all over the Marren studio (located on the second floor of the PAC). The best part though? Tickets are free! Just like any other Major Arcana show, tickets are given out on a first come, first serve basis. If you want to see the show, I suggest arriving at the theater (and going upstairs) about an hour early to make sure you get tickets. First Date: the Musical will have four performances: November 16th, 17th , and 18th at 8pm, and November 18th at 2pm. Warning: this show does contain strobe lighting effects, and is billed as for mature audiences only.

Though simple, the set (designed by Nicole Alban), makes great use of the space, and transforms the Marren Studio into a City cafe, complete with tables and a bar, and a lovely skyline that cannot be missed. The cast raves about how this show brings everyone together to laugh as one big close-knit group. When asked about their favorite part of the show, everyone said that they loved getting to bond with the cast of nine.

Whatever your musical preference, you are sure to find a song that you like.  A crowd favorite of both cast and crew is the song “The Girl For You.” Personally, the song “In Love With You” is one of my favorite musical numbers in all of musical theater (another favorite of the cast and crew). The perfect phrase to describe this show is from Joshua Whaley (who plays a few characters, and a member of the ensemble), who says the show has a “ playful vulgarity” to it that people (especially college students) love.

If you’ve got an hour and a half to burn next weekend (November 16th-18th), then you should definitely see this awesome, fun comedy.