The Best Performances of This Year’s Grammys 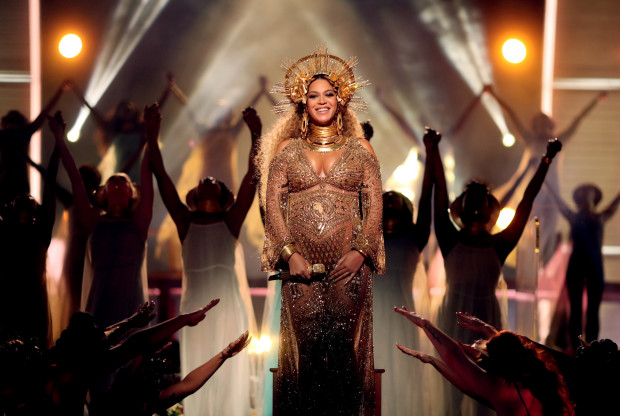 Singer Beyonce during The 59th GRAMMY Awards at STAPLES Center on February 12, 2017 in Los Angeles, California. (Photo by Christopher Polk/Getty Images for NARAS)

February is one of the most epic months of the year. No other month can claim Black History, Valentine’s Day, and the Grammy’s. February is just full of love and talent, and the 59th Grammy Awards did not disappoint this year with all its surprises.

Adele was the big winner on Sunday night, as she took home all five of the awards she was nominated for: Record of the Year, Song of the Year, and Album of the Year. While Beyoncé, who led all nominees with nine nominations, only won two.

Chance the Rapper was also another big winner. His album, Coloring Book, was the first album to chart solely on streams. He won three Grammys including Best Rap Album, in which he beat his inspiration and fellow Chicago native, Kanye West.

If you have managed to stay away from social media for the past few days and haven’t caught up on all the juiciness that went on at the Grammy’s, here’s a rundown of the night’s performances:

Ms. Adele Laurie Blue Adkins had the opportunity to perform twice. She opened the show with her hit song, “Hello,” which we have all heard over a million times by now. It was a pretty average Adele performance, but the performance that got everyone talking was her tribute to the late, great George Michael who passed away this past Christmas Day. She began to sing an arrangement of his song, “Fastlove.” However, she felt as though she needed to stop the performance, swear into the microphone on live television, and ask the band to begin again. (Cue the awkward silence.) Only someone like Adele can get away with something like that. She’s lucky that she slayed the rest of that performance. You go, girl.

OH LAWD! Chance brought the house down with his songs “How Great” and “All We Got.” There was so much to talk about, including his passion, Tamela Mann’s powerhouse vocals, and uh…can we talk about Kirk Franklin’s outfit? Either way, this was one of the best performances of the night, and Chance showed why he is quickly becoming one of the greatest rappers.

Tribute to Prince, The Time and Bruno Mars

I really hope that most of you have seen the incredible movie Purple Rain, starring Prince, who tragically passed away last April. The movie includes a group called The Time, and they performed at the Grammys to pay tribute to Prince. Man can those 60-year-old men still move and play instruments––they sounded incredible. However, the greatest performance of the night, in my opinion, came from Bruno Mars. It was a tiny bit creepy, as Bruno looked exactly like Prince. He sang Prince’s song, “Let’s Go Crazy” from the Purple Rain soundtrack, and his guitar solo was flawless! Bravo, Bruno! Bravo!

I can’t really say that anything ever shocks me when it comes to Lady Gaga. Luckily, her outfit was not made of meat, and she did not hatch out of an egg. But, she did do an excellent job with the men of Metallica. Unfortunately, there were some technical difficulties, and we were unable to hear James Hetfield’s vocals for quite a bit. Although a performance with Lady Gaga and Metallica may seem as odd as Peanut and Mayonnaise, it actually really worked.

Whenever Queen B breathes, walks, or blinks, the Beyhive goes crazy! So of course, when she performs, it becomes an important event. I cannot even begin to dissect this performance, there was so much going on someone could write a dissertation about it. There are still so many questions surrounding the whole performance: Who was the lucky little girl Blue Ivy brought to the Grammys? Why was Beyoncé tilting all the way back in that chair, risking her life and the lives of her unborn twins? Why did she not reenact the video for “Sandcastles” with Jay-Z during her performance?

Mrs. Knowles-Carter gave us so much and yet, so little in that performance. Bravo, I think. Also, I’d like to give a quick shout out to her acceptance speech: “It’s important to me to show images to my children that reflect their beauty, so they can grow in a world, where they look in the mirror, first with their own families, as well as in the Super Bowl, the Olympics, the White House and the Grammys and see themselves.” Thank you, Queen.