Shows you need to binge watch on Netflix, now 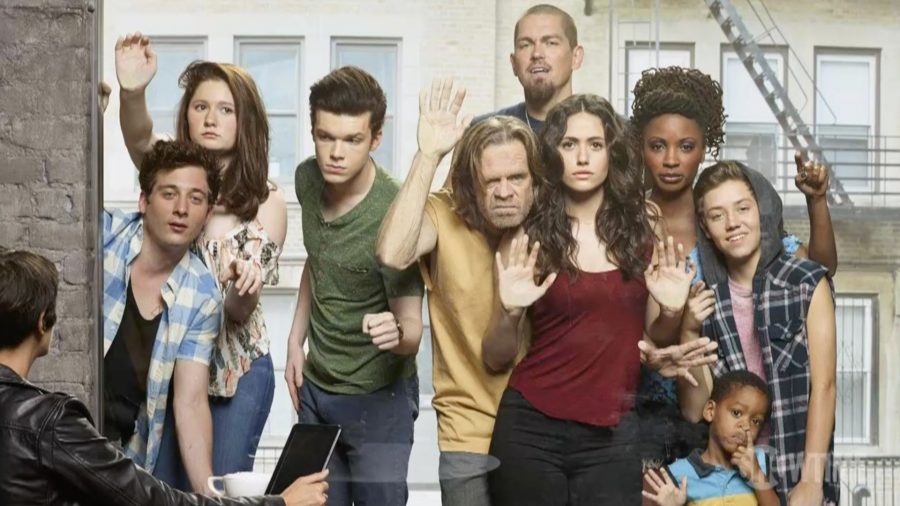 Photo Courtesy of Den of Geek.

There’s always a constant flow of shows coming to and leaving Netflix, but it’s easy to get into the habit of rewatching A series over and over again. If you catch yourself getting ready to click on Gossip Girl for the third time, maybe you should step out of your comfort zone and attach yourself to a different world. Here are five talked about, binge-worthy shows you should check out on Netflix if your list is looking a little small:

Shameless: They may not be like any family you know, but that’s what makes them who they are. This comedy-drama is based around an alcoholic, non-existent father, Frank Gallagher, and his six children who learn to take care of themselves. While Frank spends his days drinking and getting into trouble, Fiona, his oldest child, becomes the surrogate parent of her five siblings. Not only do all of them struggle with having an alcoholic father, but they have to deal with the challenges of living in the South Side projects of Chicago. Every episode brings a crazy new situation, but that’s everyday life for the Gallagher clan. There’s still plenty of time to catch up on all seven seasons of Shameless before season eight comes out in the fall.

Stranger Things: You don’t know what strange is until you watch the praiseworthy, thrilling Netflix original. The series is set in the 1980s in the small town of Hawkins, Indiana. The first season focuses on the mysterious disappearance of a young boy, Will Byers. Will’s three friends Dustin, Mike, and Lucas decide to investigate his weird disappearance on their own and along the way become acquaintances with a girl who claims to know Will. Before you know it, one thing leads to another and they begin to uncover the truth about what’s really happening in their town. The second season of Stranger Things will air in July, but there aren’t many details about what the upcoming season will bring for its hodgepodge of characters. I guess the actors and writers are trying to maintain the mystery of Stranger Things.

Limitless: If you enjoy watching those crime drama television shows, such as Law and Order and NCIS, but also like comedy, then this might just be the show for you. Brian Finch, a 28 year-old struggling musician would do anything to get his life together, even if that means taking “miracle” drugs. His friend introduces him to the drug NZT and he soon understands just how special this high is. The drug allows people to have access to every neuron in their brains, which makes them the smartest people in the world. For 12 hours after taking the pill, Brian knows everything and can recall every detail of his life. There’s a catch though: If Brian keeps taking NZT he can eventually die from the side effects…so basically like any other drug. But, with the help of the U.S. Senator Eddie Morra, Brian becomes immune to the drug’s effects. He then uses his enhanced abilities to assist the FBI with solving crimes in New York, but he can’t let the FBI find out about the drugs.

Parks and Recreation: In the mood for something funny to watch? This show will literally have you laughing out loud at every episode. The show stars Amy Poehler as Leslie Knope, who is a mid-level government employee in the Parks Department of Pawnee, Indiana. She dedicates her time to making Pawnee the best town in Indiana and works closely with her office mates on government projects. Her right-hand man is Tom Haverford, a fashion-obsessed guy whose greatest dream is to own a nightclub. Leslie’s boss, Ron Swanson hates the government and always relies on Leslie to do all his work. Ann Perkins, Leslie’s best friend, is always helping with her fun ideas for Pawnee. There is something new happening every day in the Parks Department and you can bet Leslie Knope will have a plan! If you’re a fan of the television show The Office, this is the next show for you.

The Following: This television thriller will have you hooked by the first episode. The FBI calls on former agent Ryan Hardy when a notorious serial killer, Joe Carroll, escapes from death row. Hardy captured Carroll years earlier, leaving him with physical and emotional scars. Carroll was an English professor who was obsessed with the work of Edgar Allen Poe and ended up torturing and killing 14 women before his imprisonment. Hardy and the FBI team discovered that while Carroll was in jail, he was able to recruit a group of followers who would sacrifice themselves for him and his scheme. Will Hardy be able to catch Carroll again? Watch The Following to find out!