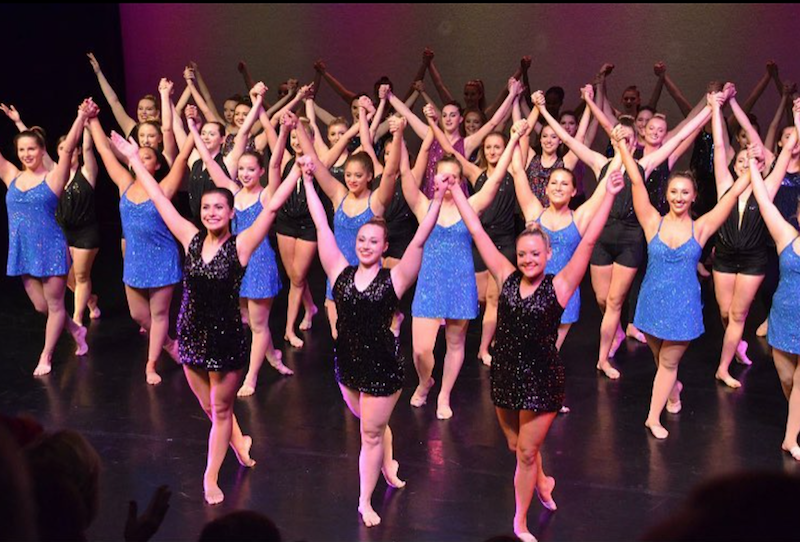 On Dec. 3, I had the pleasure of watching the final performance of the Le Moyne Student Dance Company (LSDC) final performance of their Fall 2016 show, Dancers Turn Out Better. The show had a wonderful mix of different music and dance styles, which left me, and the rest of the audience, floored by the creativity and exceptional skill of these dancers.

All of the dances are choreographed and performed by students. They have a say in everything from the dance to the costumes to the lights. Unlike other shows at the PAC, there are many light designers for the show, as opposed to just one for the whole thing. It is interesting the play between music, dance, and light that happens on the stage. The lights have to be programmed to the millisecond, so that the lights and the dance moves line up perfectly. It can take the lighting designers hours to come up with the lights for just three minutes of dance.

The costumes also give a chance to see something different coming out of the PAC, as the costume designs face a challenge to make each dance look different, and yet allow the dancers the same range of motion. Plus, recognitions has to go to the people behind the quick changes, that is a feat all its own.

But of course, the star of the show was the dancing. I was impressed that this year there were some new genres of music included. Instead of them all being upbeat pop songs there was a nice blend of some Broadway music, a mashup from The Nutcracker, an instrumental song (which sounded like it came from a stunning nature documentary), and a spoken piece that was extremely powerful.

The Broadway song they chose was from a show that I just saw earlier this year (on a trip with the PAC), and while the choreography would not belong in the show, it totally fit the music. It made myself, and others, really think about how music can have so many “true” meanings to it, and even tho the song tells a very specific story in the musical, it also can tell an equally specific, yet totally different story thru dance.

The selections from the Nutcracker were fantastic, and, surprisingly, more of a modern dance style, as opposed to the classic ballet that is we are so accustomed to seeing with that story.

The instrumental song was powerful, and combined with the dancing made me think of an ocean volcano. Again, telling an impressive story in about three minutes of dance (with no words).

The spoken piece was really a phenomenal addition to this year’s show, and I hope to see more like that in the future. I like that the dancers did not shy away from a possibly controversial topic, and that they all took it very seriously, while still giving a stunning performance.

Although, they weren’t so serious that they couldn’t have fun in the finale. The last dance(s) is always the most impressive part of the show. The dancers come out and each class (starting with the Seniors) does a little piece, all culminating with everyone on stage for a fun and upbeat ending. The smiles on all their faces was obviously genuine and I found myself giving a standing ovation because of their infectious energy.