Fantastic Beasts and why to see them 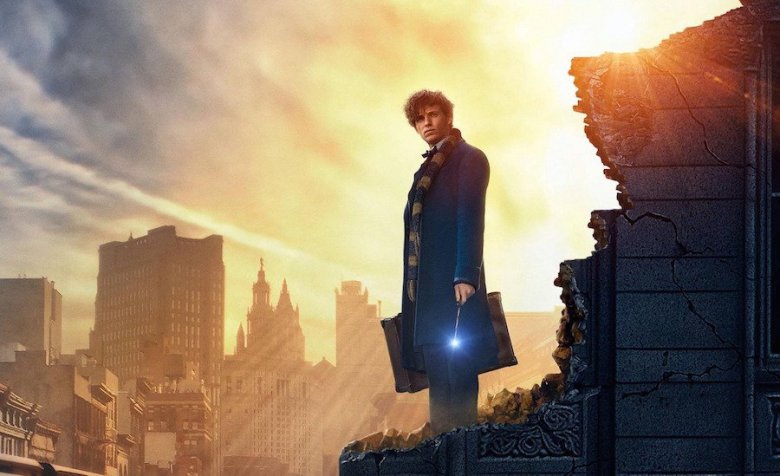 J.K. Rowling fans have been hyped this whole year thanks to a reintroduction into the magical world of Harry Potter through Fantastic Beasts and Where to Find Them. The film, which premiered Nov. 18, stars Eddie Redmayne as the lead and is the first of a five-film installment. The film takes its title from a Hogwarts textbook, and follows the story of magizoologist Newt Scamander and his adventures with escaped creatures in 1926 New York City.

For Potter fans, such as myself, the promise of brand new content was thrilling, and I joined several others in sporting my Hogwarts pride at the theater. Chills went down my spine as the all too familiar Warner Bros. logo appeared on the screen among the clouds as we descended into another magical story.

Overall, the plot was interesting, the acting spectacular, the costumes phenomenal, and the special effects decent. The effects weren’t particularly remarkable, but the magic itself was impeccable. Although, some of the creatures did look a tad forced, particularly when they came into direct contact with the humans.

Many were apprehensive at this prequel series, worried that it wouldn’t be in tune with the overarching story and lore of the Harry Potter series, but Fantastic Beasts was in good hands with director David Yates, who also directed the last four Harry Potter films. Rowling herself wrote the screenplay and co-produced it, proving yet again her witty, clever writing style.

What set this movie apart from the previous Harry Potter movies was the overall tone and historical context. The film took place in the roaring 20s of America and featured not only the excitement of flapper fashion and the speakeasy vibe, but the civil unrest of the era. The conflict of actual real history was echoed in the conflict of the wizarding world; Newt Scamander was astounded by the strict segregation laws between wizards and “no-majs” (no-magics, the American term for muggles), which of course highlighted the U.S.’s history with racial and sexual segregation.

Some plot points did seem a bit too easy, as if we didn’t actually have to search for answers. An example is the “big reveal” of a major character at the end of the film, which was quite predictable. We’re also left with many questions. Firstly, will Newt Scamander continue to appear in the following films, and if so, what purpose will he serve? Lastly, and most importantly, fans are wondering whether or not we’ll get to see the Grindelwald vs. Dumbledore showdown.

The film did pay homage to the beloved Harry Potter series in several ways. The theme song echoed  Hedwig’s Theme at times, and there were mentions of notable characters such as Dumbledore, and even a humorous aside about Hogwarts compared to Ilvermorny (the American wizarding school).

Fantastic Beasts on its own didn’t quite live up to the usual Harry Potter standard, but it’s a good lead-in to many potential stories that are sure to follow in the remaining four films. I would still recommend seeing it, especially if you’re a Potter fan, as it truly is a magical tale.