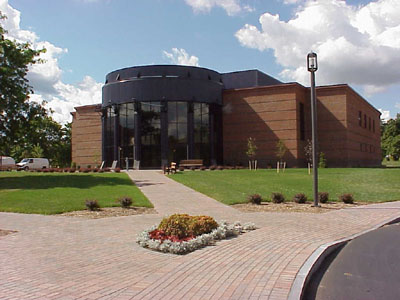 Ask a Le Moyne “PAC rat” about the 24-hour project and they will probably laugh/hyperventilate and babble incoherent nonsense about stoplights, peg legs, sleeping in weird places, and the only thing you know for sure is they hate the E.D.s—which stands for executive director, but you might hear it as the name Ed or Eddie. Well allow me to shed some light on this terrifying concept.

Every year the student run theater company on campus, Major Arcana, gathers a group of students in the Performing Arts Center [PAC] and locks them in the building for 24 hours. During this time the students break into groups and have to write, direct, produce and rehearse an original short play based on a central theme. This year there were four groups, each with a designated director and three actors. This year’s theme was “Misunderstandings”. And if that doesn’t sound hard enough, the E.D.s come by throughout the night and dole out obstacles to the weary teams: random props, sound and light cues, etc. One of the Major Arcana Executive Directors, Marie Sugio, told me that “We [E.D.s] designed and chose the twists to make the groups screw up. However, the groups were all super creative and used them flawlessly. I am very impressed and proud with how it came out.”

After being in the PAC for 24 hours, from 6pm Friday to 6pm Saturday, the 16 weary students were given an hour to eat, change and shower before they opened their performance to an audience. I went to the show, which started at 7:30pm, right on schedule. There were smiles all around, and the best way to describe the participants is that they looked like clown zombies. They were so exhausted, by also thrilled beyond explanation.

The show started with Lampe Magique under director Fred Pienkoski. The cast of three did a beautiful job including all their props. From a magical trout [not tuna] to a box of FrootLoops©, the skit was done flawlessly. When I asked Pienkoski about the experience afterwards he was obviously sleep deprived, but thrilled with his actors. “It was an incredible experience in collaboration and artistry. I can’t wait to do it again!” he said.

The second show, The AA Metering, directed by Brittany Schafer, was hilarious and perfectly played to the theme. They used a streetlight, and I was honored to be a shoulder to cry on for the grieving Gaston. Yes, they put on a beautiful “Antagonists Anonymous” meeting, full if some of our favorite villains: Gaston, Dr. Facilier, Loki, Satan, the Evil Queen and of course the poorly misguided Chad.

The third show was an equally engaging show, Just Friends, directed by Maggie Wilkerson. This one was probably the most “serious” of all the shows. It was relevant to modern life, with discussion of figuring out sexuality and love, but kept the mood light enough to entrap the audience. One of the actors, Marisa Sorce, said it “was gruelling work, but totally worth the satisfaction. I had to sleep on the table, but that was still fun.”

The final show, Miss Understanding, was a hilarious compilation of puns, memes, and references, directed by Siobhan Shea. This show also had some audience participation, with one of the actors watching from the audience since the beginning of the show. I was sitting next to the actor the whole time and I didn’t even know she was a participant until she got up to interact with the other actors in the last show.

Overall, the 24-hour project is an annual tradition that serves as a “right of passage” for many Le Moyne thespians. It leaves participants with new friends, a sense of accomplishment, and great stories to tell [and some they might never share].