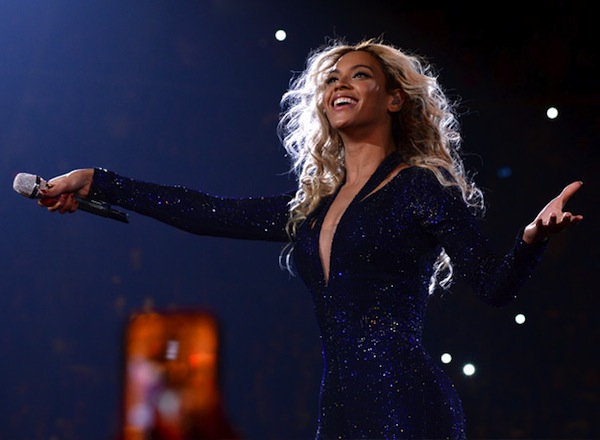 I am completely biased in writing this article, considering I worship Beyoncé in all her glory every day of my life. She is a genius in every sense of the word. Just when you think she doesn’t have anything new going on, BAM, there she is again, with a documentary, a concert series, a DVD, an Instagram post showing she’s still ‘crazy in love’ with Jay, and sometimes even a top secret CD! Beyoncé is always working and this past week, the internet found out the Queen herself is releasing a platinum edition of her album “Beyoncé” that will be available Monday, Nov. 24.

This deluxe- super- duper- Beyoncified CD/DVD package will contain: 2 new songs [“7/11” and “Ring Off”,] 4 new remixes including “Drunk In Love” featuring Jay-Z and Kanye West, “Flawless” featuring Nicki Minaj, “Blow” featuring Pharrell Williams, and “Standing On the Sun” featuring Mr. Vegas, 10 live performances of new and older songs [7 from the new album,] and a 2015 calendar to start of your year Beyoutifully!

The best part of this announcement is that if you are a true Beyoncé fan, you already have the album [and she knows that] which is why Beyoncé, the businesswoman, made it possible for fans to buy only the new content. iTunes has the platinum edition of the album available for pre-order for only $8.99!! Are you kidding me? 16 new nuggets of Beyoncé’s talent for less than ten dollars? SIGN ME UP.

Fans are dying over this announcement in pure thrill for the morning of Nov. 24 when they can once again hear and see their Queen rise to the top all over again. There is nothing but positive love for the release of this platinum edition album, fans on iTunes are saying, “The queen has returned again to take her seat back on the throne,” “Beyoncé is everything, it was so smart of her to release the new music as a stand-alone set!!,” “She sells, you buy. Period.” and “Beyoncé wins every time!!”

I couldn’t have said it better myself.